LeO found to have discriminated against ombudsman 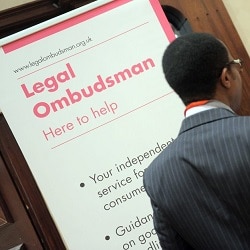 The Legal Ombudsman (LeO) has paid compensation to one of its ombudsmen after being found guilty of indirect sex discrimination, Legal Futures can reveal.

An employment tribunal in Birmingham said Jodie Handley’s claim was well-founded and succeeded.

“A sum of compensation in respect of that claim has been agreed between the parties,” it said.

Employment Judge Self has not yet given full reasons for the decision, which was delivered last week.

Ms Handley joined LeO in early 2011 as an investigator in the legal team, before moving into the claims management team as a senior investigator. She was appointed as an ombudsman in January 2016. She is still with the organisation.

In a statement, LeO said it accepted the tribunal’s finding “in full”.

It continued: “We are mindful that the details of the judgement remain private. What we can say is that the case related to a decision taken 2019 relating to flexible working arrangements for staff.

“This was a decision taken in response to operational pressures at that time but is one which clearly failed to take full account of the implications for one of our staff.

“We are considering the implications of this case more fully. A full learning review of the circumstances of this case and the broader decision-making is being undertaken.”

The statement concluded: “We are fully committed to the wellbeing of our people and being an employer recognised as such.

“This judgment shows we have work to do in this regard but we will ensure that all learning from this case is implemented as a matter of urgency and in full consultation with our people.”

Staffing has been a significant problem for LeO in recent times. A staff survey published last March showed that at the time more than 50% of employees want to leave in the following year, while half of new recruits left in their first two years.

Another staff survey was conducted last autumn but the results have not yet been published.

Part of the work for the coming year, it said was to “implement the people plan to include revised management practices, tailored support and development of existing staff and mentoring of new staff”.

As we have reported, this is substantial opposition from the profession to such a large rise. The consultation closed a month ago and a final decision is awaited.