LeO fights off first JR as it warns over dangers of ‘no win, no fee’ 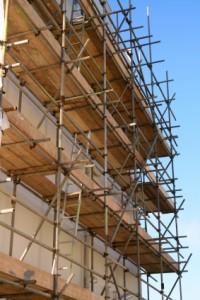 The Legal Ombudsman (LeO) has fought off the first judicial review to reach court, brought by a former solicitor unhappy that it had ordered his bill to be slashed.

The case, involving a conditional fee agreement (CFA), comes as LeO revealed that it ordered remedies totalling nearly £1m in complaints relating to ‘no win, no fee’ deals in the past year – a result it attributed to the harsh post-Jackson operating environment for law firms.

As reported on our sister site, Litigation Futures, LeO has called on frontline regulators to make the use of transparent, standardised CFAs a matter of professional conduct, and queried whether the ‘no win, no fee’ label should continue to be used.

Lanyard Horsfall Ltd v The Legal Ombudsman [2013] EWHC 4137 (QB) involved a discontinuance in a building dispute in 2009, and it was not clear under the CFA whether that constituted a win or loss. The claimant said the complainant, Ms Lane, then agreed to pay legal costs of £5,000 including VAT but no invoice was submitted for over a year.

When she received the invoice, Ms Lane complained to LeO that the claimant had delayed in billing her and was attempting to charge her under the CFA even though the case had been discontinued.

The ombudsman ruled that the firm did not fully advise Ms Lane on the implications of the discontinuance and, taken with the delay in billing her, said the fee should be limited to £1,500 plus VAT.

Mr Justice Phillips firmly rejected the argument that LeO did not have jurisdiction over contractual disputes or to direct that a contractually agreed sum be reduced on a non-contractual basis.

“It would be an artificial and unworkable distinction if the ombudsman could consider the quality and levels of services but not issues of wrongful charging or overcharging,” he said.

The judge also dismissed the claim that the ombudsman’s decision was irrational, emphasising the wide discretion LeO enjoys and saying it was “impossible to say” that the outcome was “wrong, let alone irrational”.