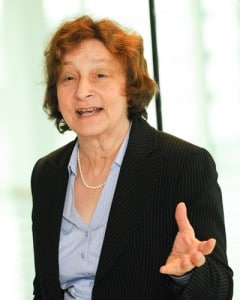 The Legal Ombudsman (LeO) is to attempt to build an early intervention capacity, including mediation and arbitration, in line with a forthcoming EU directive on alternative dispute resolution (ADR).

Launching its 2014-17 draft strategy and budget, LeO also said it was forecast to come in £1.4m under budget this year and would seek to shave a further 5% off the cost of each case it handles by the end of the next financial year.

In a joint statement, Elizabeth France, chair of the Office for Legal Complaints – which oversees LeO – and chief ombudsman Adam Sampson said the directive, which would require ADR to be available for products and services in all sectors from 2015, presented a challenge to LeO to “remain modern and relevant”.

Other challenging developments were “innovation and evolution happening across the legal services and other professional markets” and “a focus again on consumer rights and access to justice”.

They observed: “Many consumers will not think about who provided a service or where the boundaries in definition lie. Legal services for one are increasingly becoming entwined with other professional services.

“This lack of clarity around regulatory boundaries can be problematic for consumers as well as for businesses which must grapple with more than one set of sometimes conflicting requirements if they operate in more than one sector.”

They concluded: “The time is also right to think about how the ombudsman could consider broadening its approach to redress; to mirror changing consumer behaviour and innovations in legal services and beyond, which are eroding traditional boundaries between sectors.”

It observed that the context in which LeO worked had changed dramatically in the six years since it was set up. From legal services being delivered in a “traditional manner”, now “we have alternative business structures, internet-based services, and complex delivery structures which may or may not be legally owned, legally staffed and legally regulated”.

It blamed “delays in bringing claims management within the [LeO] scheme” for having put back examination of activating its voluntary jurisdiction, which is currently under consultation [2]. The government recently pledged to try to break the impasse [3].

LeO said it aimed to “continue its year-on-year budget reductions, while focusing on driving down unit costs and exploring ways of delivering its service more efficiently”. It drew attention to the fact that, at £14.5m, “the scheme is now significantly less than half the cost of predecessor schemes, which cost £32.2m”.

Future costs arising from expansion of LeO’s jurisdiction to cover complaints against claims management companies would initially be ring fenced “to mitigate any impact on our existing jurisdiction”, it said.

It aimed to bring its cost per case down to £1,865 in 2014-15, from a forecast £1,950 in the current financial year. LeO came in for criticism by the Legal Services Consumer Panel [4] last month for the high average cost of its cases.

Meanwhile, the Legal Services Board (LSB) has named Stephen Green, a former chief constable and a current LSB board member, as its preferred successor to Ms France, whose second term of office ends on 31 March 2014. His appointment has also been approved by the Lord Chancellor Chris Grayling, but is subject to pre-appointment scrutiny by the justice select committee.

LSB chairman David Edmonds said: “Steve Green is a committed advocate of the rights of consumers. He has a great understanding of the work of the legal services market place and has strong experience in running organisations.” Mr Green will stand down from the LSB if his appointment is approved.