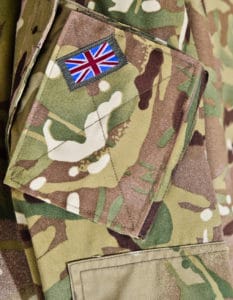 The full scale of the allegations of misconduct against law firm Leigh Day, senior partner Martyn Day and partner Sapna Malik were published on Friday, including claims that they had made allegations over the British Army’s conduct in Iraq when it was “improper” to do so.

Facing one of the most politically charged cases it has heard, the Solicitors Disciplinary Tribunal has certified that there is a case to answer in relation to 19 charges in all, which also include improper fee-sharing.

All the allegations have still to be heard by and proven before the tribunal.

The firm is under intense scrutiny for its conduct in acting for Iraqi nationals at the Al-Sweady inquiry, which cleared British soldiers of the most serious allegations of unlawful killing after a firefight during the Iraq war in 2004, but found there had been some mistreatment of detainees.

The controversy – fuelled by criticism of the claimant solicitors by defence secretary Michael Fallon – focused in particular on the very late disclosure of a document showing the nine detainees to have been insurgents and the delay by their lawyers in withdrawing the allegations of torture and murder.

That document contradicted what the detainees had told the inquiry and, Leigh Day says, what they told the firm. However, only four of the charges explicitly related to this issue.

The firm and lawyers were also accused of improperly maintaining these allegations over nearly six years.

But the bulk of the allegations related to “improper” fee sharing arrangements with an individual, known only as ‘Z’, and payments of referral fees under them. The SRA alleged that Mr Day and Ms Malik “authorised and/or approved” the payment of two “prohibited” referral fees of £25,000 and £50,000 in 2008 and 2009 respectively, and then concealed the breaches.

The SRA put forward various grounds for why they were prohibited, such as being contingency fees in respect of claims arising as a result of death or personal injury, or were made in relation to publicly funded work.

A Leigh Day spokesman said: “We have now been served with a formal set of charges based on some 30 files of material. Our legal team has now started the process of reviewing all that evidence. The matter is now formally before the tribunal, so it would not be appropriate for us to comment further.”

Last month, the other claimant firm involved in the Al-Sweady inquiry, Public Interest Lawyers, was referred to the tribunal, although no decision on whether it has a case to answer, or details of the charges, have yet been made public.