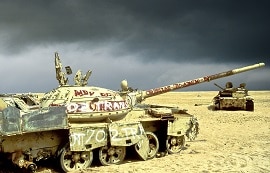 The longest and most expensive case brought in the history of the Solicitors Disciplinary Tribunal (SDT) has ended with high-profile claimant lawyer Martyn Day, two of his colleagues and his firm Leigh Day fully exonerated.

After a seven-week hearing, millions of pounds in costs and the tribunal taking a week to reach a decision, all 19 charges against Mr Day, the firm’s senior partner, partner Sapna Malik and solicitor Anna Crowther, along with the firm as a whole, were dismissed.

The decision does significant damage to the reputation of the Solicitors Regulation Authority in one of the most high-profile cases it has ever prosecuted, cheered on by Conservative MPs and various newspapers.

Mr Day said: “We are pleased that the tribunal has cleared us of all the charges, and confirmed our view that we did not act improperly or dishonestly in these legal claims against the Ministry of Defence.

“For nearly 40 years, I have battled on behalf of the ordinary man and woman in this country and abroad to ensure they get access to justice not least when they face the might of British multinationals or government. I am very pleased that I and my colleagues can now get back to doing the work we love.

“We would like to thank our insurers and our fantastic legal team and counsel for all their hard work over the past couple of years, and during this hearing, and all those within the legal world and beyond who have given us such strong support.”

The highly politicised case related to the firm’s conduct in acting for Iraqi nationals at the Al-Sweady inquiry, which cleared British soldiers of the most serious allegations of unlawful killing after a firefight during the Iraq war in 2004, but found there had been some mistreatment of detainees.

The controversy – fuelled by criticism of the claimant solicitors by defence secretary Michael Fallon – focused in particular on the very late disclosure of a document showing the nine detainees to have been insurgents and the delay by their lawyers in withdrawing the allegations of torture and murder.

That document contradicted what the detainees had told the inquiry and, Leigh Day says, what they told the firm.

However, only four of the charges explicitly related to this issue, and there were a host of other allegations, including that there were improper allegations made against soldiers and improper fee-sharing arrangements.

The SRA can appeal the ruling, while the tribunal will consider costs next week.

Costs do not follow the event in the SDT. Recognising its public interest role, the SRA is usually able to claim at least a proportion of its costs even if prosecutions do not succeed, so long as the prosecution was properly brought.

However, the tribunal has not faced a case with costs as big as these and is able to express any unhappiness with the regulator over the way it conducted the case through costs.

An SRA spokesman said: “We note the judgement handed down today. We need to wait to see the full detail and rationale behind the tribunal’s decision. We will then consider the possibility of an appeal.” The full decision may not be published until August.

In a statement, the Ministry of Defence said: “We have noted today’s decision and are disappointed that, unlike in the case of Phil Shiner’s Public Interest Lawyers, the tribunal has not agreed with the concerns we have raised.

“We will continue to both vigorously defend any opportunistic claims when we believe they are false or exaggerated, and to bring any evidence of wrongdoing to the attention of supervising bodies.”