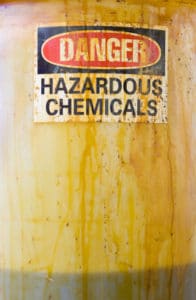 Leading group action law firm Leigh Day has been found guilty of professional negligence after 6,624 of the claimants it represented in the high-profile Trafigura case were not paid their share of the £30m settlement.

Mr Justice Andrew Smith ruled that the firm should not have deposited the money in a bank in the Ivory Coast because of the risk of a dishonest legal claim being made on it – as subsequently occurred.

Leigh Day said it tried its “damnedest” to ensure everyone received their payments, and suggested that the judge’s ruling came from the benefit of hindsight.

The Trafigura case settled in 2009. It concerned a claim by nearly 30,000 people in the Ivory Coast over the effects of toxic waste that was discharged by a tanker chartered by Trafigura. The proceedings were settled on the basis that, at worst, exposure to the waste could have caused a range of short-term flu-like symptoms and anxiety.

Smith J recorded that in October 2009 an organisation called La Coordination Nationale des Victimes des Decherts Toxiques de Cote D’Ivoire (CNVDT), obtained from the Ivory Coast courts what was called a ‘freezing order’ over the monies in the SGBCI account. In January 2010 the country’s court of appeal ordered that the monies be transferred to CNVDT.

Leigh Day applied successfully for a stay of the transfer order pending an appeal to the supreme court. The president of the supreme court reserved the case to himself. On 11 February 2010 and 20 March 2010 Leigh Day entered into agreements with CNVDT, the result of which was that 23,000 of the Trafigura claimants were paid their share of the settlement sum, but the balance was transferred to CNVDT.

As a result, 6,624 claimants received nothing and one of those, Sylvie Aya Agouman, sued Leigh Day as a representative of the others for damages in respect of her share of the settlement sum, the equivalent of about £1,000. She did not criticise Leigh Day for making the agreements with CNVDT in 2010, nor otherwise complain about how it dealt with the matter after the freezing order was made.

The court recognised that this was an unusual professional negligence case in that it did not concern legal advice or the actual conduct of litigation, but an assessment of the political and other risks to which the settlement sum was vulnerable.

Smith J said that though generally the courts were wary about holding lawyers to blame for what were essentially business decisions, here “the diverse client group” was not in a position to provide instructions and Leigh Day assumed responsibility for managing the settlement monies and the risks involved in doing so.

Although there was no dispute between the parties that the claim made by CNVDT in the Ivorian courts was fraudulent, and that the decisions of the court of appeal and president of the supreme court came about as a result of political influence or bribery or both, Smith J was careful to say that he did not himself make any findings about these allegations.

But he ruled that given what Leigh Day knew, or should have known, at the time about corruption in the Ivory Coast and also about the president of CNVDT, Claude Gohourou, “in my judgment Leigh Day should have recognised that, if a large fund, certainly one of as much as the settlement sum, was held in the Ivory Coast, there was a real risk that a dishonest claim to it might be made by Mr Gohourou, or indeed by [his associate] Mr Koffi or another soi-disant national leader of victims of the Trafigura incident.

“They should also have recognised that they might not be able to protect a fund held in an account in the Ivory Coast without a robust legal system and a judicial system of reliable integrity and independence; and they knew that they could not be confident of either.”

Further, the judge found Leigh Day at fault in not seeking to transfer the settlement sum from the account and from the Ivory Coast “after the events of October 2009 and Mr Gohouorou had asserted his claim to represent CNVDT and shown interest in the settlement sum”.

Smith J went on to rule that the breach of duty caused the claimant’s loss, but various uncertainties meant he was not in a position to assess the quantum of damages. He said he would give directions for an inquiry as to damages unless they could be agreed.

A Leigh Day spokesman said: “We are entirely sympathetic with the position the claimant and others find themselves in.

“We fought hard to gain compensation for all 30,000 of our clients and we were devastated when some of the monies were misappropriated by Claude Gohourou and Mr Kone Cheick, both of whom received lengthy prison sentences in the Ivory Coast (in absentia) as a result of their actions. We did our damnedest to recover the monies resulting in the great majority of our clients having received their compensation.

“We understand the attempt by Ms Agouman and others to try to recover their compensation through this claim. However, we believe the judgment of Mr Justice Smith looks at what happened through the prism of hindsight.

“We do not believe that we at Leigh Day fell short of our professional standards and as a result we are considering an appeal.”

It has not been a good few weeks for Leigh Day, which was last month referred to the Solicitors Disciplinary Tribunal over its conduct in acting for Iraqis who made various serious allegations against British soldiers.