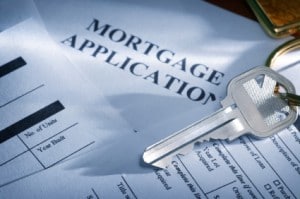 Remortgages: customer should be able to complain even though the lawyer is acting for the lender

Prospective clients and third parties will be able to make complaints about lawyers, if plans unveiled by the Legal Ombudsman (LeO) today go ahead.

The one-year time limit for making complaints to LeO will also be extended to six years from the event or three years from knowledge of the event, and the level of compensation LeO can award increased to £50,000 under the proposals.

A consultation reviewing the rules that underlie the ombudsman scheme – which LeO had committed to doing within 18 months of going live – said changes needed to be made both in light of experience and the changing environment, such as the advent of alternative business structures (ABSs) and overlap with the Financial Ombudsman Service (FOS).

LeO said allowing prospective clients to complain – which would bring it into line with other ombudsman services – would enable it to cover cases where a service was refused for unlawfully discriminatory reasons or where someone has suffered from persistent and unsolicited cold-calling. This is particularly relevant with LeO likely in future to handle complaints against claims management companies, and with some CMCs also set to become ABSs.

“There is some evidence to suggest that these practices do occur within some parts of the legal services market; sources such as Citizens Advice indicate that these sorts of customer service approaches can bring about serious consumer detriment, especially when a consumer does not have the information or resources to hand to challenge inappropriate behaviours from a service provider,” it said.

The consultation suggested specifying the circumstances in which third parties should be allowed to complain. “We are aware that there are consumers who would benefit from a broader approach than our current one. For example, third-party complaints from consumers who receive the benefit of a legal service (for instance, a packaged remortgage service – where, technically, the lawyer is acting only for the lender). A broader conception of who can complain would increase access to redress for third-party complainants who are owed an indirect duty of care by a lawyer.”

Time limits need to change for several reasons, LeO said. The current one-year limit does not harmonise with either the courts or other ombudsman schemes, which might be particularly relevant for ABSs with a financial services element as that would open up access to FOS. It can also pose a problem when people do not want to complain until the retainer is at an end.

LeO said it currently receives many requests to accept complaints outside the current time limit under its ‘exceptional circumstances’ test, which is being put under pressure as a result. “It would be more appropriate working with a longer time limit.”

Though the majority of compensation awards LeO makes are under £1,000, it has “on occasions” found the current £30,000 limit insufficient, pushing people towards the courts. It said a £50,000 limit would be appropriate, and despite the consultation’s underlying principle of harmonising with other ombudsman schemes said there was no evidence to support a move to the £150,000 limit recently adopted by FOS.