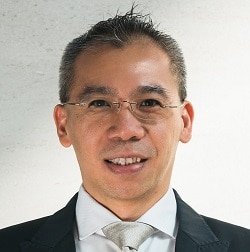 The ‘future of law innovation programme’ (FLIP) – which markets itself to UK law firms as a bridgehead to access Asia’s lawtech start-up community – is run by the Singapore Academy of Law (SAL), a statutory body which exists to promote the island’s legal sector.

Paul Neo, SAL’s chief operating officer, told Legal Futures that the project, which was not formally launched until January this year, had already recruited a further four large law firms, 10 SME firms, one corporate counsel and 15 legal tech companies for its ‘second cohort’.

He said FLIP had created a business process re-engineering toolkit, with workflow templates for six core back office functions, to help small law firms increase productivity through technology. A pilot project is due to begin this autumn.

Mr Neo said FLIP also produced a guide earlier this year, following a consultation with 50 lawyers, in-house counsel and users of legal services and with the help of law students, called 101 Problem Statements – Challenges & Opportunities for the Legal Sector.

The guide aims to encourage technologists, entrepreneurs and the legal tech industry to develop “client-centric solutions” in areas such as access to justice and communication between lawyers and clients, as well as enabling lawyers to increase their productivity.

Mr Neo said the arrival of FLIP had increased interest in legal tech amongst the legal and tech communities in Singapore as “legal tech and future-law start-ups have emerged from the woodwork to join the FLIP ecosystem”.

Sophie Mathur, partner at Linklaters Singapore and a FLIP steering committee member, said: “Innovation cannot happen in isolation. Key to its progress is the nurturing of a community that works collaboratively.

“When people and teams work in silos to solve problems, the solutions found often falter once they are applied in a wider context.”

Clifford Chance Applied Solutions will house the firm’s expanding range of digital products, which will be run as separate ventures “using a range of flexible business models that will enable more effective roll-out”.

Existing products, such as CCDr@ft and the firm’s MiFID II compliance tool, will become part of this unit.

Clifford Chance Create will bring together initiatives that “underpin its innovation ecosystem”, and include a new cloud-based platform, Clifford Chance Labs, to foster “internal idea generation and interdisciplinary solution development”.

Clifford Chance has also announced IGNITE, the first training contract focused on law tech in London, to offer applicants with an aptitude for tech a route to qualify as lawyers.

It said IGNITE was designed for individuals who have an appetite for technology areas such as fintech, coding and AI, an ambition to become a qualified lawyer, and an interest in how law tech and digitisation are revolutionising the legal working environment.

Trainees will be given time away from fee-earning to gain the necessary training, support and expertise in the field of law tech.

Applications are now open as Clifford Chance aims to hire five people to join the firm in 2021.

Clifford Chance has also launched a pilot scheme with lawyer-matching website Lexoo to give its future trainees the chance to be an intern at the tech company.

The interns will spend two months working across the product, marketing, business development and operations functions, and also receive training in coding and data analytics.

The first cohort of interns have been selected from Clifford Chance’s future trainees that had secured a place on the 2017 ‘first year springboard’ programme, which offers exceptional first-year students opportunities to gain an insider’s view into careers in law.

Meanwhile, Linklaters has recruited Shilpa Bhandarkar from Lexoo – where she was legal network director – to be its first head of innovation.

She will lead the team based at the Linklaters Innovation Lab in London and will supervise its ‘innovation and efficiency’ programme.

Ms Bhandarkar started her career as a lawyer in Linklaters’ project finance team and later built and sold a mobile app company before joining Lexoo.

Dr Harvey Maddocks has a broader remit to develop the use of data across all of Kennedys’ technology products for its insurance clients.