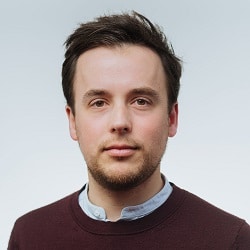 The transformation of legal contracts from dry legal texts into technology-boosted “dynamic modular agreements” has caught the attention of a major investor, which has ploughed $5m (£3.8m) into lawtech start-up Juro.

Meanwhile, the curated app platform with big-name backers, Reynen Court, has been given an extra $3m.

USV is known for backing the likes of Twitter, Twilio and Kickstarter.

The series A investment, carried out with a number of other tech investors, takes Juro’s total funds raised to $8m.

According to chief executive Mr Mabey, the company, which has offices in London and Latvia, will hire more designers, data scientists and engineers.

He added there was “more to do… especially when it comes to machine learning and data – funding unlocks our ability to do this”.

The company claims it “helps businesses agree contracts up to 96% faster than using manual processes and gives deep insight into contracts post-signature”.

A Juro spokesman told Legal Futures: “We’re also building our commercial team [including] marketing, sales [and] customer success in London to serve the EU market and expand further into the US, where we already have some customers on the ground.”

As part of the deal, USV partner John Buttrick will join Juro’s board.

Reynen Court, which has been running a beta trial since last August, is backed by a consortium of 19 law firms. It is due shortly to launch formally.

More than 50 corporate legal departments and over 120 tech vendors have been involved.

It is designed to accelerate the adoption of artificial intelligence and other technologies by simplifying its selection and purchase.

Its publicity says: “By combining a solution store for legal technology with a powerful control panel, law firms and legal departments can safely run modern cloud based applications in private clouds.

The latest investment will be added to the company’s initial $7m given in December 2018 by three investors: Mr Klein’s fund and global law firms Latham & Watkins and Clifford Chance.