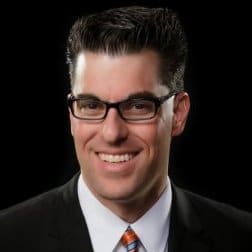 A legal tech firm is to open source its AI-based document analysis tool next month, in one of the first moves of its kind for the sector.

Open sourcing is a way of sharing software so that other people can understand and develop it.

Daniel Katz, co-founder and chief strategy officer at ContraxSuite, said he believed that the smallest legal tech start-ups could be based on the tool and then “1,000 flowers can bloom”.

ContraxSuite, owned by Chicago-based LexPredict, is designed among other things to help speed up due diligence, extract key terms and analyse clauses in leases and identify legal agreements embedded in millions of non-legal files.

As well as being a co-founder of LexPredict, Mr Katz is also an associate professor of law at Chicago Kent College of Law and is well known in the legal world as a technology pioneer.

He told Legal Futures that, early next month, the code base for ContraxSuite would be put on the GitHub development platform, enabling those who wanted to develop and share their version of the code to do this under an open licence.

Mr Katz said a licence fee of around $1,000 a month would be charged to those developers who wanted to use the code commercially and not to put their adapted version back onto the platform.

“We do have a business angle here, though people might not believe that. We’re selling services around this tool.”

Mr Katz said that for law firms to use the code they would have to adapt it for use with particular types of contract.

“We believe we can do quite well out of this. We may be right or wrong – it’s hard to know because no-one’s really done it.”

“We are copying models used in other sectors. It may be the first time this has happened in legal tech – there are certainly very few examples.

“We want to create an open-source eco-system. People can build technology companies around this. If you wanted to create a start-up now, you could use this as a base.

“One problem in legal tech is that you can’t build a micro-business because the fixed costs are too high. This way you don’t need to raise a ton of capital. You could raise as little as $150,000 to $200,000.

“This is not a driverless car; it’s a medium-difficulty problem. We want the cost to be reasonable. I hope 1,000 flowers can bloom.”

Mr Katz said that when money was taken from licence fees, half would go to the company and half be put on trust for the additional development of the code base.

“This is just version 1.1. We will add to the system as we go along through user feedback. We want to make it better and better.”