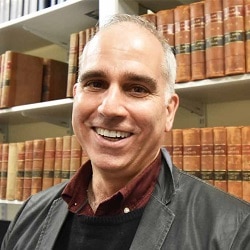 Legal technology education is focused too much on ‘hot topics’ like machine learning and blockchain, making it “disjointed and ad hoc” in character, a paper for the Legal Services Board (LSB) has argued.

Dr Adam Wyner, associate professor of law and computer science at Swansea University, called for a more “comprehensive approach” which concentrated on principles.

In a paper for the LSB on legal tech education, Dr Wyner said no university taught all, “or even most” of a long list of legal tech topics, from blockchain and automation to legal analytics of big data and natural language processing.

“Unlike a well-developed programme of study, there is little systematic or comprehensive structure to the syllabi, wherein course topics flow from one to the other to build up a rich, complex, and integrated skill set.

“Consequently, programmes have a rather disjointed and ad hoc character. Moreover, many of the topics are taught on short courses which, while giving a student a brief impression, are not sufficient training to apply in a working environment.”

Dr Wyner said there was an “unstructured heterogeneity to current course offerings”, which were generally only offered in a “relatively shallow way”.

In an accompanying podcast, the academic said he favoured an approach based on teaching principles, rather than particular software tools.

“You don’t want to lock in people. You want to give them something they can work with on an ongoing basis – underlying concepts and techniques that will be in place forever.”

Dr Wyner said it was important that students were “critical”, rather than being “lulled into thinking” that a particular piece of technology made their life a lot easier.

He said there were “so many apps” that people used and trusted, while ignoring the “red flags” that they threw up.

He warned regulators to bear in mind the “quite significant” potential for abuse with legal technology.

In his paper, Dr Wyner called for the legal regulators to establish working committees to develop standards for and openness of legal information and processes, and then regulate the way those standards were applied.

He said the government and judiciary should also promote standards and open legal information, encouraging lawyers to contribute.

Dr Wyner said the legal regulators should promote the principles of responsible artificial intelligence (AI) among lawyers, the government and the justice system, providing forums for discussion and development.

He referred to the seven principles of the Responsible AI Policy Framework, published by the International Technology Law Association, which include benefit to society, accountability and transparency.

Regulators should also promote alignment of legal tech education with the LSB’s regulatory objectives and promote hybrid courses in law and computer science.

Dr Helen Phillips, chair of the LSB, said: “Innovations like AI, blockchain and machine learning will play a key role in reshaping legal services to better meet the needs of society by making it cheaper to deliver services and easier for consumers to access them.

“As we evolve the regulatory environment alongside this, it’s important that lawtech education is aligned.

“This will ensure professionals not only feel confident about using and shaping technology, but they are also clear about their responsibilities, particularly when it comes to protecting consumers.”

Swansea University has pioneered lawtech teaching at its Centre for Innovation and Entrepreneurship in Law, which is also home to the LegalTech Wales forum.