“Our legal services will stay on top”, minister declares in face of growing threat of competition post-Brexit 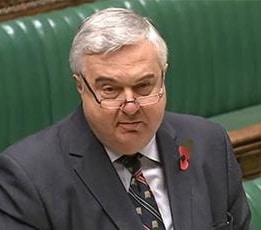 Justice minister Sir Oliver Heald has struck a bullish tone of defiance in response to concerns that Germany and the Netherlands are creating English-language commercial courts to compete with the UK for disputes post Brexit.

Sir Oliver rejected a suggestion that the appeal of the UK’s legal system would “fall down the rankings” after leaving the EU, saying: “We are a world brand in this area, and we can go out and sell. Our services are excellent, which is well understood internationally.”

But giving evidence recently to the justice sub-committee of the House of Lords’ EU select committee, he said: “I do not think that we should be too shy about our legal services; they are world class. We are also doing quite a lot to make it not just the best legal system in the world but the most modern.”

Lord Cromwell said evidence from other witnesses before the committee had expressed anxiety that the uncertainty of Brexit would encourage people to take elsewhere business that currently comes to London: “Holland, Germany, Paris, Geneva, Stockholm, New York and Singapore have all been mentioned to us in evidence as possible cases.”

Highlighting the courts being set up by the Dutch and Germans, he also quoted the Law Society’s written evidence, which said: “Foreign businesses are already voicing concerns around recognition and enforcement of English judgments or choosing of English law to govern the disputes. If this continues it will be detrimental to the legal services sector in England Wales and the economic contribution it makes to the UK economy.”

“We have a lot of competition from other countries, particularly the USA. Having said that, we have excellent judges who are internationally renowned and seen as incorruptible, and our reach, as I was just discussing, goes into almost every aspect of international law.

“The Secretary of State for Exiting the EU, David Davis, is fully aware of the importance of this sector. The legal world is part of the Global Britain strategy, and we will have a summit in the spring where leading figures in the law will explain for the world exactly what we have to offer.”

During the evidence session – which focused on the consequences for civil justice co-operation of Brexit – Sir Oliver gave away little about the government’s approach to the Brussels conventions, except to emphasise that it appreciated their importance.

“It is certainly very high in the minds of government. It is true that a lot of the resonance of this is for ordinary people who have ordinary concerns of the sort you describe [such as car accidents in and buying products from Europe], but it is also important for business, because doing business with a proper legal underpinning of certainty about how legal matters will be tackled is very important for business.

Non-lawyer Lord Judd said that the committee’s hearings had changed his mind about lawyers. “I think that their wisdom and clarity are vital for a civilised society—the better ones. It seems to me that the problem that we will face in negotiating the treaty will be that it will happen very much in the context of a very lively political debate both in the European Union and in Britain.

“The things that are being said in a completely different context in Britain will have a political impact on those negotiations, and your reasonableness as a lawyer, which I admire, is not necessarily going to make headway, because there will be so much animosity about the context in which the treaty is being negotiated.”

Sir Oliver replied: “I have always thought that people do not like lawyers until they need one. I am sure that in reaching an agreement with the EU, lawyers will play an important part, as they have on numerous previous occasions when it was necessary.”