Legal services market huge but “hard for investors to access” 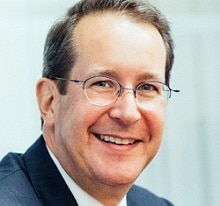 The first ever investor conference aimed at the business of law in a listed environment has heard that while investment opportunities in the legal sector are limited, the sheer value of assets makes it attractive.

Conference organiser N+1 Singer, a broker and corporate adviser, said that in the wake of the event, “we remain convinced that we will see more legal services businesses using a listing over time”.

Burford’s chief executive, Christopher Bogart, pointed out that investors had little opportunity to obtain significant exposure to “what is a very large sector of economic activity”, with hundreds of billions or trillions of dollars in resolutions.

He observed that the “fundamental financial assets” in the legal sector lay in the world of claims. Litigation was essentially “just an effort to try to get money to move from one party to another, which sounds an awful lot like a receivable to me”, and there was therefore “a business around evaluating the underlying asset value”.

The law firm sector was “an astonishingly large global market”, but apart from Gateley, law firms were largely inaccessible to investors.

He continued: “Clearly there is not a groundswell here of law firms deciding to change their cash partnership model and move to the capital markets, which means that as investors you need to think about accessing this sector… in some other way.”

Mark Wells, the managing partner of Calunius, said that with no law background he viewed the legal sector “in a very heretical way, from a lawyer’s perspective”. He went on: “I view it as purely cash flows… in aggregate [it] can be a very interesting investing collateral.”

He said that litigation in Germany was in some ways more attractive to an investor than the UK because it offered greater security.

In Germany it was possible for a third party to have complete control of a claim. Unlike England and Wales, there was no history of champerty and maintenance in Germany and therefore no legal legacy of it, even if it has not been a criminal offence in the UK since the 1960s.

Above all, with legal fees fixed by statute, including the exposure to adverse costs, in Germany this certainty offered a “very significant advantage”.

However, there were challenges that did not apply in the UK. For instance, in a federal system it was a lottery as to the expertise a judge would have, whereas in England and Wales a high-value case would “go straight to London” and be heard by “a very expert judge”. In Germany, therefore, there was a “very high appeal rate… and a much higher overturn rate”.

Mark Wheeler, the global chief operating officer of Driver Group – which specialises in claims and dispute resolution in the construction and engineering sector – said there was opportunity for his firm in the fact that vast sums were expected to be spent in global infrastructure over the next decade.

This was especially true, he said, in the developing world, where the projects scheduled were expected to be “technically challenging and difficult to deliver”. These were the most likely to experience the kind of issues which required his firm’s services.

For Gateley, chief executive Michael Ward told the event that incorporation and listing were seen “very much as a continuation of the business strategy rather than something revolutionary”.

Given its view that the UK mid-market for legal services was crowded, the firm saw a listing as enabling its strategy to continue to grow in a competitive market.

He said the listing has achieved its aims of differentiating Gateley, diversifying it through adding complementary services by acquisition, and incentivising talent to stay – with share incentive schemes – and join (17 partners have been recruited since the listing in June 2015).

Glasgow-based Murgatroyd was the first legal business to list, when it joined AIM in 2001. Chief operating officer Gordon Stark said it had helped the firm fulfil its acquisitive growth ambitions (six acquisitions between 2003 and 2013), and incentivise and retain talent, fostering “an ownership mind-set throughout the organisation”.

Murgatroyd has 13 offices across the UK, Europe and the US. Mr Stark said half of the company’s revenue came from its 70 patent and trademark attorneys and the other half from support services in relation to intellectual property registrations.

Since 2001, there has been a consolidation in the global market for patent and trade mark attorneys. Three such firms had listed in Australia and over 50% of the Australian IP sector was now listed. This had caused “ripples across the industry globally”, he said.