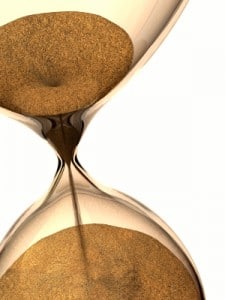 Time running out? LSB unhappy with length of time applications are taking

The Legal Services Board (LSB) is weighing up whether to launch a formal investigation into the way the Solicitors Regulation Authority (SRA) is handling alternative business structure (ABS) applications, Legal Futures can reveal.

The board has scoped out what the investigation would seek to establish, but having originally planned to decide last month whether to launch it, a spokeswoman said yesterday that it would “return to the subject in September/October”.

This perhaps indicates that the SRA is making progress since introducing measures in the spring to streamline the application process.

A newly published paper that went to the LSB’s May meeting noted that the LSB could be open to challenge because it approved the application process when it recommended the SRA’s designation as a licensing authority.

“Our view is that what was described to us during the application process was fit for purpose; its implementation has not been,” it said.

The figures from May were that it was taking an average of seven months from submission of a stage 2 application for a firm to be granted an ABS licence, with 20% of applicants having to wait more than nine months.

Though the LSB said the SRA had made “significant progress” in eliminating the backlog of applications, “the processes and capacity and capability issues remain”.

The LSB paper said: “Despite the proposed changes and progress to date, it is important to ensure that the SRA does not lose momentum. It does not have a good track record of sustaining delivery, as opposed to short-term bursts, and we have not seen evidence of its board having previously paid much attention to the authorisation process.

“In addition, its chief executive resigned on 2 May leading to the possibility of drift and lack of strategic direction before a new CEO is appointed.”

Among the many issues that the paper suggests the investigation could cover is the way the SRA has interpreted the statutory timetable for processing applications; the SRA says the six-month period laid down in the Legal Services Act 2007 only begins to run when it considers the application to be complete and the fee has been invoiced and paid.

The SRA has previously argued that those still in the system are now there for “good, non-bureaucratic, risk-based reasons”.

An SRA spokeswoman said: “We have made significant improvements in streamlining ABS authorisation processes. The figures speak for themselves, with 170 ABSs now licensed. These improvements have been discussed with the LSB on several occasions, and have been well publicised. Progress in making further improvements continues.”