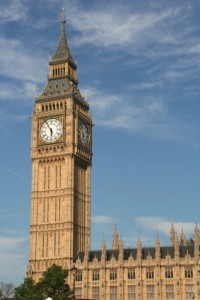 Parliament: what did it intend for CMC complaints?

The Legal Services Board (LSB) fears a successful legal challenge should it accept the compromise aimed at resolving the impasse over moving the handling of complaints about claims management companies (CMCs) to the Legal Ombudsman (LeO), Legal Futures has learned.

As a result, the government may not be able to make good on its commitment to achieve the switch from the Claims Management Regulator (CMR) this year.

As we exclusively reported yesterday, LeO is undergoing a restructuring as a result of receiving fewer complaints than expected, but that the scale of this is greater than it would have been had CMC complaints already been moved to its jurisdiction.

The key sticking point is about how LeO’s costs can be recouped from CMCs.

The Legal Services Act 2007 makes provision for LeO’s jurisdiction to expand to include CMC complaints. However, the LSB says the Act anticipated that the CMR would, in those circumstances, become a ‘leviable body’, that is an organisation that would become subject to a levy raised by the LSB to fund LeO’s work in relation to CMC complaints, as the Law Society, Bar Council and other approved regulators already are. These costs would in turn be recouped by the CMR from CMCs.

However, the CMR remaining part of the MoJ, rather than becoming a free-standing body as apparently originally envisaged, has caused the problem; it is said to be counter to public sector finance rules for a Secretary of State to be levied by another government body. The Act also does not allow the MoJ to provide LeO with grant in aid for the work.

Other than enacting primary legislation to regularise the situation, the option put forward by the Ministry of Justice would see the LSB levy each individual CMC for its share of LeO’s costs.

An LSB spokesman stressed the organisation’s commitment to the overall policy objective, but said this was “only put to us as ‘an idea to consider’ by MoJ at the start of May”.

Following discussions, the LSB wrote to the MoJ last month to say that “the level of legal and operational risk that came with this proposal was such that the LSB could not accept it”.

The LSB has concluded that it does not have the vires to levy individual firms and argues that it was never Parliament’s intention that this should be the case – the intent in the Act was clearly that the LSB should always levy regulators.

The LSB says that to pursue this route would leave it open to legal challenge which would be likely both to occur and to succeed – causing delay and uncertainty that could worsen the situation even further.

This leaves a legislative solution, with the grant in aid approach under consideration. The new Consumer Bill may be used as the vehicle to achieve this.