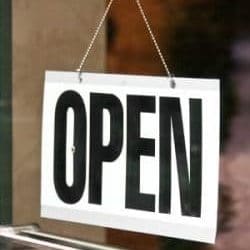 The Legal Services Board (LSB) could steal a march on the Solicitors Regulation Authority (SRA) by holding at least one of its board meetings in public, it has emerged.

The oversight regulator is considering measures to improve its transparency, including reducing the amount of redaction in the board papers it publishes – although, ironically, one of the annexes to the paper before its last board meeting on the issue was fully redacted (see below).

As part of its regulatory performance framework, the LSB requires all of the regulators to meet a transparency standard, but to date only the Bar Standards Board and CILEx Regulation have managed to do so.

They ranked first and second in the LSB’s transparency league table, with the SRA third.

In June, the SRA set out plans [1] for its board to work in an open and “accountable” way, but its board meetings – which it closed to the public and media two years ago – remain closed to outside scrutiny, while post-meeting press briefings have also disappeared.

The LSB assessed its own degree of transparency to be “broadly comparable” to that of the SRA.

The paper said that though the LSB was under no obligation to hold board meetings in public, “we may wish to pursue this”.

It continued that while holding public board meetings was “not necessarily the most effective means of achieving greater transparency in the board’s decision-making process”, there were some advantages:

The paper recognised potential downsides as well, in particular the risk that holding some discussions in public “could have the effect of reducing the rigour with which proposals are tested, and ultimately compromise the quality of decision-making”.

There was also a danger that, in the event of a contentious decision, “stakeholders who disagree could use the views of dissenting board members as a means of questioning or criticising the decision – though this risk can be mitigated by effective chairing and a good board”.

An alternative to holding meetings wholly in public or in private was to divide the meeting into public and private sessions, the paper said, although “stakeholders may grow tired of a public agenda packed with routine items, knowing that matters of real interest are being debated behind closed doors”.

The SRA used to take this approach, and while the Law Society still does in theory, virtually all of its council meetings are not in the private part.

Another idea was to hold one meeting a year entirely in public. “This could be scheduled to coincide either with the publication of the annual report and accounts, or the business and strategic plans.

“It could also potentially be made to mesh with an ‘out of London’ engagement event: time focused around a public board meeting, with a series of stakeholder discussions, visits etc and a public Q&A, perhaps over the course of two days.”

The LSB is looking at other corporate transparency measures as well, including “reviewing our appetite for the deployment of exemptions and drafting papers in such a way that redactions are limited, and exceptional”.

It suggested providing updates on key decisions made at meetings through social media or blogs immediately afterwards: “This would give the LSB the ability to control the information being released, ahead of publication of the papers.”

Currently, the LSB publishes the papers discussed at its board meetings around a fortnight afterwards, and the minutes after approval at the following meeting.