Legal Services Board calls in Mayson 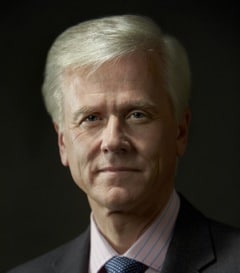 Leading market commentator Professor Stephen Mayson is to begin working with the Legal Services Board (LSB), it has been announced.

The LSB said Professor Mayson had “agreed to work with it on a short-term basis as it begins work on its 2015-2018 strategic plan and its planned project on the cost of regulation”.

He will on average work with the LSB one day a week.

The LSB’s director of strategy, Caroline Wallace, said: “Stephen Mayson’s willingness to work with us is a sign of how important both he and the LSB consider to be the work we have to do in the coming years.

“Stephen has not always agreed with what the LSB has done in the past. We view this challenging yet constructive approach and his experience, independence of thought and objectivity as important and potentially vital as we turn our attention to the future.”

Professor Mayson told Legal Futures: “The LSB is entering a new phase in its development as its new chairman, Sir Michael Pitt, takes office. In its first six years, the board has made great strides in the separation of representation and regulation, the introduction of the Legal Ombudsman, and the implementation of alternative business structures.

“But we have also seen exposed the flaws and limitations of the Legal Services Act 2007. Now that the Ministry of Justice has declared that it has no current appetite for further reform of the regulatory framework for legal services, the board must continue to work with what we have. I therefore look forward to working with the LSB during the coming year, particularly on the preparation of its strategic plan for 2015-18, and on its review of the cost of regulation under the present arrangements.”

Among a host of other appointments, Professor Mayson is an honorary professor in law at University College London and member of the advisory board of newly formed costs and pricing business Burcher Jennings.

The LSB also announced the internal promotion of Chris Handford as its new head of research and development. Formerly a regulatory project manager, he replaces Alex Roy, who has joined the Financial Conduct Authority.