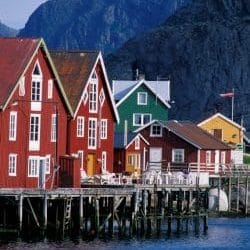 The Legal Services Act 2007 has only delivered “a few of the benefits typically associated with deregulation”, a report by Boston Consulting Group (BCG) has concluded.

The global management consultancy said the most common arguments in favour, such as lower prices and better quality of legal services, “cannot be proven to have materialised”.

Its report into the experience of England and Wales was commissioned by the Bar associations of Denmark, Norway and Sweden, in all of which BCG said there was “political focus… on increasing competition in the legal services sector”.

BCG tested the reforms against four competition arguments that it said it identified “by studying the debate on deregulation in different countries” – rather than the stated aims of the 2007 Act.

BCG said increased competition in a market was typically measured by lower profitability for providers, but data on the top 100 law firms showed this has not happened.

Firms have also increased in scale – to judge again by the top 100 firms – which BCG said was “a way to increase efficiency by utilising economies of scale, leading to lower prices for the consumers”.

The report noted Legal Services Board research indicating that consumers have not benefited from increased competition, when looking at price, service quality and transparency.

“Consumer satisfaction has slightly increased since 2010, but other measures used to quantify quality, such as negligence claims and Solicitors Disciplinary Tribunal cases, show varying conclusions.”

Overall, England and Wales’ World Justice Project ranking regarding the rule of law remained stable after the Act, BCG said, but sub-rankings such as ‘Civil justice’ and ‘Accessibility’ have declined.

“Experts interviewed for this report see no rule of law issues caused by the LSA but confirm accessibility issues in the market.”

On geographical availability, the number of solicitors has grown in all regions in England and Wales, except the East of England.

“However, this growth is caused by overall market growth, and when comparing the growth in number of solicitors per region to GDP growth per region the data indicates increased regional inequality.”

There was insufficient evidence to say what impact the reforms have had on the regulatory burden on firms, the report said.

BCG also noted that the Competition and Markets Authority, the Legal Services Board and Professor Stephen Mayson in his independent review of regulation last year all called for further reform.

The report also did not reflect that the Act delivered liberalisation rather than deregulation; ABSs are subject to the same level of regulation as traditional law firms.