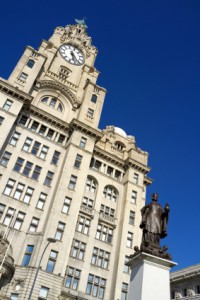 The legal sector is “ripe” for investment and capital should not be an issue with so many investors looking to buy into the profession, lawyers in the north-west were told this week.

They were urged to “seize the opportunity” to establish what their clients wanted and a structure that they were “comfortable” with to provide those services.

The comments came at a Liverpool Law Society debate on the future of the legal sector, which was held under Chatham House Rules.

Delegates were told that capital is available from investors desperate to put money into the legal market place, but that they cannot find an attractive place to invest. They heard that it was not going into law firms, but that third-party funders were looking at different types of model such as outsourcing businesses, or operations akin to Stobart Barristers, BT or Co-operative Legal Services, or even starting from scratch.

Attendees were warned that there was “something wrong about an inherent attractiveness of firms” and that, though they might be “ripe” for external investment, they were not structured for it.

Traditional partnership-style firms were advised to take a different view on what drawings should mean in order to attract “readily available capital” by focusing on providing potential external funders proof of a sensible return on investment.

Different kinds of openings could come from abroad, delegates were told, with the region’s emerging business links with BRIC economies a major growth opportunity for small and medium-sized firms.

The event heard that business links would create major legal opportunities for under-pressure firms in areas such as maritime, knowledge, tourism and wind energy.

Firms were told that with “flexibility”, “structure” and a bit of “cheek”, they could thrive, despite the challenging current climate.

However, the region’s lawyers were criticised for not working together more and being too insular, with one delegate saying bigger firms had “a duty” to help smaller firms and bring in more work to Merseyside.

During the debate, it was claimed by a number of attendees that firms in the region were flouting the ban on referral fees. It was claimed that there was “no appetite” from the SRA to enforce the ban, which was originally opposed when by the Legal Services Board when first suggested by the government.

The panel also discussed the future of the traditional partnership model and what the legal sector would look like in five years’ time.

It was established that there was still space for a partnership structure because of different regulation frameworks in overseas jurisdictions which didn’t allow for the ABS model, non-lawyer partners or third-party investment.

The panel’s consensus was that the future of the legal sector would see larger businesses of all different models, with consolidation of some firms and the loss of others. They agreed that the client would drive changes to pricing and innovation and a number of speakers questioned whether lawyers were “up to the challenge” of running firms as businesses.