Legal sector “must be bold and embrace disruptive tech” 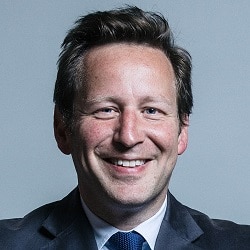 Law firms need to have the courage to employ diverse and even abrasive characters who help disrupt the legal sector and ensure it does not fall behind other industries, a legal technology seminar heard this week.

Rick Seabrook, founder of law firm technology consultancy Panoram, said he was unsure whether the legal industry was capable of competing with fintech and insuretech businesses, which tended to attract disruptors, while not using the services of lawyers in the traditional way.

He was backed up by former government technology minister Ed Vaizey, who agreed law firms had to avoid recruiting new lawyers who looked like the existing leadership.

Speaking at the online event organised by MD Communications, Mr Seabrook questioned whether the opportunities presented by technology would be grasped by the legal sector in the next five to 10 years, or whether more forward-looking industries would exclude lawyers and render the sector redundant.

“Will legal be able to keep up… Or will they ultimately get designed out of the system?” he asked.

“Think about fintech, think about insure tech, where a lot of those new propositions, new products are actually being developed with the legal contribution already embedded into the systems.”

He continued that law firms had to be willing to bring in disruptors, who he described as “change agents”, when they found the world of fintech or similar more exciting and lucrative.

“How do you encourage change agents to come into your industry? At the moment, frankly, very few of them would consider legal as a rich ground for going in and doing something exciting.

“How do we recruit them and then retain them and reward them? They are often quite abrasive people who churn things up a bit, which is what you need in the early phase [of digital transformation].”

Kathy Valentine, director of knowledge and practice innovation at global law firm Dentons in Washington DC, agreed, saying: “These are often not popular people within their organisations.”

Ed Vaizey, who was tech minister between 2010 and 2016 and previously a family law barrister, said the problem with the legal profession embracing disruption and technology was its make-up.

“It’s behind because it is led by people like me: white, middle-class, Oxbridge-educated, middle-aged men, who are not exactly at the forefront of innovation.”

Instead of simply seeking out graduates from prestigious universities who might one day become partner, law firms should have “an element of humility about it” because they would be hiring people who knew a lot more in some respects about “the digital world we now live in than many of the senior partners in that law firm”.

Mr Vaizey, who stood down at last year’s election, said the legal profession needed fresh thinking that came with diversity, but also leadership from government and the courts.

The key, he said, was “radically rethinking about how the law is done because of technology, rather than trying to shoehorn technology into an analogue system”.