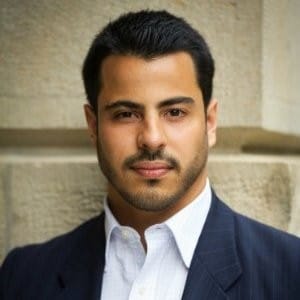 Law firms in England and Wales are in the sights of the creators of a legal research programme powered by IBM’s Watson artificial intelligence (AI) computer system, which claims to be able to answer legal queries posed in natural language.

ROSS Intelligence, which first appeared as a legal app earlier this year, now has the backing of a Silicon Valley specialist funder of start-ups and is being trialled by major law firms in the US.

Bankruptcy law is the initial focus of ROSS, which in seconds can sift through billions of text documents to answer questions asked in normal sentences.

The funder, Y Combinator, provides seed funding for new ventures – usually $120,000 (£77,000) in return for 7% share – with the aim of helping the business develop to the point where it can attract more substantial venture capital.

Speaking to Legal Futures from California, ROSS’s co-founder and chief executive, attorney Andrew Arruda, said ROSS was being trialled by “some of the world’s best firms, getting feedback, working alongside users”.

He said its first target practice area was bankruptcy and as the company expanded, “employment and labour law, tax law, etcetera” would be added.

He added that from “day one”, its creators had intended that the “artificially intelligent attorney” would be rolled out across other common law jurisdictions. “After… the United States, we will arrive on the international markets, starting with… Canada, the UK, Australia, New Zealand etcetera”.

He denied that ROSS and Watson were more ‘search plus’ – an advanced form of conventional digital document search – than true AI. “Just natural language processing on its own, perhaps. But when you couple that with the power of deep machine learning and they work in tandem… it’s the way you really make strides.

“What we have is a system that is learning as users interact with it and when it’s being asked questions in natural language isn’t actually doing a keyword search.

“So it’s not bringing back just documents with those words, it’s understanding your query, it’s contextualising it and it’s actually similar to the human process of reading when it goes through the documentation in that it’s finding patterns between the texts.”

He added: “I think we really have turned the corner with AI.”

Mr Arruda explained that law firms seeking Watson-based legal research tools would contract with ROSS, which was itself a “business partner” of IBM. While IBM’s Watson team was involved with law firms in relation to developing “bespoke solutions for internal process management”, ROSS was “bringing Watson into legal research”.

He continued: “IBM Watson forms one of the key components in the machine learning, or AI, recipe that we’ve put together. So what we’ve done is added our own legal-specific layer on top of Watson.

“When you get to Watson itself it’s actually a blank slate. The analogy we use is it’s like a very gifted child who has a very high IQ and a never ending work ethic, but they just haven’t been applied to a particular work area yet.

“Part of what we’ve done is we’ve taken Watson to law school, so we taught the Watson system legal principles and how to read through and understand legal documents, and then… [we] have our own offerings on top of that, that interact with Watson, that make Watson more legal specific.”

ROSS was created by Mr Arruda and four other University of Toronto law students, who took part in a competition to win US$100,000 in seed funding, for which they were given access to Watson. In 2011, pitting cognitive computing against the human brain, Watson won the US TV trivia quiz show Jeopardy.