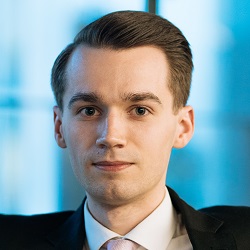 Lawyer data already in the public domain cannot easily be adapted to help consumers choose a lawyer, mainly due to failings by legal regulators, according to research.

Reasons included that regulators lack technical expertise and were not collecting certain data that was useful for making comparisons.

Researchers claimed a specific problem was that the Solicitors Regulation Authority (SRA) had refused a request to supply regulatory information in a usable format.

In general there was a lack of standardisation and a “disjointed ecosystem of data management and collaboration” between the government and the main industry-funded legal regulators, such as the SRA, the Bar Standards Board, and CILEx Regulation, they concluded.

The research was commissioned by Legal Utopia – an app for consumers and SMEs to diagnose and get guidance on their legal problems – and carried out in collaboration with the University of Aberdeen, with support from Scottish non-profit innovation centre The Data Lab.

In launching the consumer version of the app in May, Legal Utopia attempted to synchronise its own lawyer search service with that of the SRA, but could only find four ‘quality indicators’ believed helpful to consumers that existed in both, namely (in order of what influence): duration of authorisation as a firm, number of practice fields, website availability and location.

The researchers said they had tried in vain to rank the importance of 10 quality indicators, including regulatory history and payment options, but could not do so due to “the lack of regulator engagement and poor data landscape”.

They also said that, in April 2021, they had tried to obtain a portable copy of the SRA’s database of the regulatory history of solicitors, which was already in the public domain and published on the SRA’s own register.

But the request was declined, which “obstructed the ability to introduce regulatory history as an element of this study”.

Legal Utopia, which sells subscriptions to individuals and businesses, condemned the SRA for failing to collect key data on its 10,000 regulated law firms.

Perceived weaknesses included a lack of available information on trading history or turnover, cyber-security or insurance credentials, plus “no attribution of individual solicitors or lawyers that worked for, or with, an SRA entity”.

However, the company said the study indicated there was hope for the future, in that an ongoing decline in the number of law firms in recent years, combined with a growth in user data from Legal Utopia’s mobile app, made it more likely a “comparison solution” would be found.

Fraser Matcham, the app’s founder and chief problem solver, said: “This study is both insightful and unique in its proposal to compute the importance of quality indicators.

“[It] highlights what could be possible in future with greater cross-regulator collaboration and action on the present data landscape, as well as what industry is able to produce even with minimal data access.

“Our hope by open-sourcing our data, modelling, and programming materials produced by this study is to highlight and encourage the modern, ambitious methods to consumer and business shopping of legal services.”