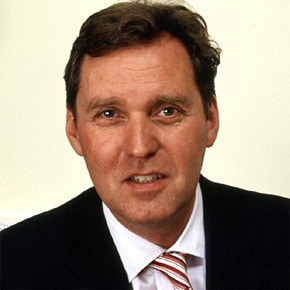 Privately educated people still dominate the legal profession, with barriers to entry for those from less affluent backgrounds are even more acute at the Bar than among solicitors, the Social Mobility Commission said yesterday.

Its ‘State of the nation 2016’ report concluded that overall Britain has “a deep social mobility problem which is getting worse for an entire generation of young people”.

Specifically on mobility in the law, the report highlighted Solicitors Regulation Authority figures that of the partners willing to disclose their school background, 30% attended an independent school; for solicitors in general, the figure was 27.4%.

It continued that data published by individual firms revealed that “new graduate intakes, particularly for the most prestigious ‘magic circle’ firms, continue to be highly unrepresentative”.

It quoted former Allen & Overy senior partner David Morley, founder of PRIME – which provides legal work experience to young people from disadvantaged backgrounds – saying that it was harder for state-educated students to get into law now than it was 35 years ago, with “work experience [being] the new job currency”.

The report said that around 55% of vacancies in the law (this is likely to mean the large firms) were likely to be filled by graduates who had already had work experience with the employer – second only to investment banking among professions.

On the Bar, it said “the barriers to entry for those from less affluent backgrounds are even more acute”.

It contrasted the high cost of the academic stage of qualification with the earnings of pupils who undertake publicly funded work, who it said were likely to only earn the £12,000 minimum stipulated by the Bar Standards Board. Bursaries and scholarships were available “but limited”.

It continued: “Given the financial burden of pursuing a career as a barrister, it is easy to understand why bright young people from low-income backgrounds may decide to take their talents elsewhere The situation at the Bar is particularly worrying since this remains the main route into the judiciary.”

“The Bar continues to recruit narrowly, with analysis showing at least 35 chambers where three or more of their last five entrants had Oxbridge degrees. A Bar Council report found that 35.2% of trainee pupils attended fee paying schools, 28.4% attended Oxbridge, and 35.8% attending another Russell Group university.”

The report did highlight steps that some were taking to make the selection process fairer. Clifford Chance has introduced ‘CV blind’ final interviews, with interviewers not being told the name of the university attended or whether the candidate went to a state or independent school.

“As a result, the number of universities from which trainees are recruited from rose to 45 in 2014 (from 32 in 2012), with successful applicants coming from non-Russell Group universities, including Essex, Lancaster and Ulster.”

Work experience applicants also do not have their university backgrounds disclosed. “Since this approach was adopted in 2013, the intake of students from universities outside of those Clifford Chance has strong ties with has tripled. Of 16 students on the firm’s paid two-week scheme last year, ten went on to win training contracts.”

The report said top law firms have also signed up to the Contextualised Recruitment System to ensure a greater diversity of backgrounds at entry level. This analyses social mobility by comparing the economic and social circumstances of applicants using two databases: one contains the exam results of 3,500 English secondary schools and sixth form colleges; and the other contains 2.5m UK postcodes.

Firms can then fairly assess applicants’ performance in the context of the performance of their school and their socio-economic background. “Research on its impact so far has found that while average grades of the applicants and those hired was still AAA at A Level, disadvantaged applicants were 50% more likely to be hired using the CRS than they otherwise would have been.”

More broadly, the report said the UK’s problem was not just social division, but “a widening geographical divide between the big cities – London especially – and too many towns and counties across the country are being left behind economically and hollowed out socially”.

It identified “fundamental barriers”, such as an unfair education system, a two-tier labour market, a regionally imbalanced economy and an unaffordable housing market.

Today, only one in eight children from low-income backgrounds is likely to become a high-income earner as an adult.

The commission called for a radical 10-year programme of social reform – read the full recommendations here.

Its chair, Alan Milburn, said: “The rungs on the social mobility ladder are growing further apart. It is becoming harder for this generation of struggling families to move up.

“The social divisions we face in Britain today impact many more people and places than the very poorest in society or the few thousands youngsters who miss out on a top university. Whole sections of society and whole tracts of Britain feel left behind.”