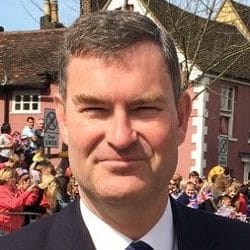 Solicitors, barristers and chartered legal executives have launched a pledge to “achieve gender equality in senior ranks of the profession”.

Law firms, chambers and other organisations that sign the pledge will commit, among other things, to setting “specific gender targets” and publishing them.

They will also agree to make a member of their senior management team accountable for gender diversity and inclusion and to develop action plans to achieve gender equality.

They will commit at a senior level “to tackle sex discrimination, bullying and sexual harassment in the workplace” and any “culture and bias that may result in differential outcomes”.

A further step involves ensuring that “specific aspects of pay, reward and recognition of the senior leadership team are linked to delivery” against gender equality targets.

The Women in Law pledge is launched today by the Law Society, Bar Council and Chartered Institute of Legal Executives (CILEx) at an international symposium on gender equality today.

The pledge itself is a single-page document that commits organisations to “harness the power of gender equality to transform the business of law”, aiming to “achieve gender equality in senior ranks of the profession and among those with a leadership role”.

As an aspiration, the pledge seeks to achieve gender equality “at all levels across the legal profession” and “tackle the gender pay gap and other inequalities that still affect all women in law today”, especially those women facing “multiple layers of discrimination”.

Organisations must focus on “retention of all women and enabling progression into partnership, silk and/or judicial appointment and other leadership roles”.

When it comes to setting gender equality targets, the pledge recognises that “all organisations have different starting points” and they must “set action plans, objectives and targets that are right for them”.

David Gauke, the justice secretary, called on law firms and other organisations to sign the pledge.

“We know that a more balanced workforce is good for business and the wellbeing of organisations,” he said.

“I already see this first-hand at the Ministry of Justice, at which 48% of senior positions are filled by women committed to public service.”

Richard Atkins QC, chair of the Bar Council, said: “This pledge reflects the joint understanding between the legal professions of the importance of diversity.

“It will allow chambers and organisations in which barristers work to demonstrate their commitment to a balanced and equal future for all.”

Phillip Sherwood, CILEx president, said that despite record numbers of women entering the legal profession, too few were making it into senior positions.

He said that 75% of CILEx members were female and “representing their interests and removing barriers to progression is one of our key aims”.

Christina Blacklaws, president of the Law Society, added: “In signing the Women in Law pledge, legal organisations across the country will hold themselves accountable for gender equality in their workforce and commit to creating a more diverse profession.”