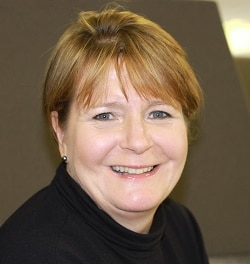 The Legal Ombudsman (LeO) has pulled from its website the details of law firms and chambers that have been subject to complaints because of concerns over their accuracy, it has emerged.

The names of all providers that have been involved in complaints resolved by an ombudsman decision are usually published quarterly on a rolling annual basis.

But sample testing has raised questions about “the consistency of the data”, according to the most recent minutes of the board of the Office for Legal Complaints, the body that oversees LeO.

As a result, all the data has been removed from LeO’s website, which now says, arguably inaccurately: “As part of our wider modernisation programme, the Legal Ombudsman is reviewing its approach to the publication of quarterly… decisions.”

The minutes said the chief ombudsman, Kathryn Stone, reported that “the issues had occurred due to data being incorrectly extracted from the case management system. Issues had also arisen due to both insufficient staff training”.

The aim is now publish all decision data for 2016/17 in April 2017, “following a robust checking and verification process”.

The minutes of the meeting show that “data integrity” and its reliability across LeO was a concern of members.

LeO’s recently published strategy and business plan consultation for 2017-2020 listed its IT as one of the organisation’s primary weaknesses and that its systems “hinder rather than help”.

It has been developing a new case management system, with implementation due this autumn. A website revamp means that LeO will also shortly offer complainants an online ‘live chat’ facility.

“Once we have reliable basic IT infrastructure and services, we will use technology to drive further efficiencies, in particular exploring the scope for channel shift towards on-line delivery models and developing modern customer interfaces, such as portals,” the draft strategy said.

Among other plans for the coming year revealed by the draft business plan included work with the Ministry of Justice “on the opportunities and benefits of offering redress to consumers using ‘unauthorised’ providers”,