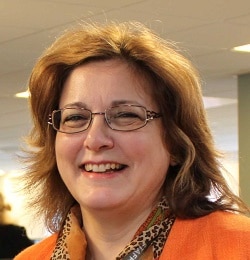 The Legal Ombudsman (LeO) is running a ‘proof of concept’ pilot as it decides whether to introduce formal mediation as another route to settling dispute between lawyers and their clients.

The aim is to see whether it would enable LeO to resolve cases without the need for a full investigation.

The results of the pilot will be analysed in terms of the level of take-up, the success rate of any mediation, and the types of cases which successfully mediated.

The use of mediation is seen as the most promising of three potential solutions to reduce the amount of time cases stay in the ‘pre-assessment pool’ of complaints, at the start of the process.

The other two were geographical hubs – to overcome a perceived inability to recruit locally in Birmingham, a problem that recent recruitment campaigns has removed – and acquiring a delivery partner, which may push the limits of the Legal Services Act.

In a recent blog, Rebecca Marsh, chief ombudsman and chief executive of the service, wrote: “We already resolve a significant proportion of our cases through getting an agreed outcome rather than a formal ombudsman decision.

“We know that agreed outcomes, where people have more involvement and choice, lead to greater customer satisfaction.”

Ms Marsh said LeO has been talking to other organisations to see what it could learn from them. “Colleagues at the Scottish Legal Complaints Commission and Scottish Mediation have been very generous in sharing their time, knowledge and experience.”

She added that the board of the Office for Legal Complaints (OLC) – which oversees LeO – strongly supported it embracing “new and different ways of working”.

The move comes against the background of LeO’s stuttering performance, although the latest figures before the OLC’s July board meeting indicates that it is meeting most of its key performance indicators so far this financial year.

Meanwhile, a voluntary data protection audit of LeO conducted by the Information Commissioner’s Office (ICO) has highlighted concerns over its records management and information risk management.

“A number of issues were identified regarding the physical security of both LeO’s main office and their third-party document storage,” the report said.

“To remedy these issues, the LeO should carry out a review of ways it can prevent unauthorised access to its premises. The LO should also work with their third-party document storage to improve the physical security of their paper records.”

It found that not all LeO records were disposed of in line with the retention schedule, as a number of staff expressed lack of familiarity or a belief it was needlessly complex.

“This has resulted in the LeO continuing to process substantial amounts of personal data which may no longer be required.”

The ICO found that LeO has not carried out a data flow mapping exercise or information asset audit, and the information asset risk registers which were used did not provide either sufficient detail or governance oversight.

“Without having a data flow map which documents records of all processing activities in place, the LeO lacks the documentation necessary to comply with article 30 of the GDPR and should take immediate steps to resolve this,” the ICO said.

“There is a lack of oversight of the services provided to the LeO by their third party IT provider. The LeO cannot show that they have assurance from the IT provider that they are adequately carrying out their network management responsibilities, for example in providing effective anti-virus and anti-malware protection.”

The audit questioned the overall effectiveness of LeO’s data protection training programme. “The LeO should take steps to ensure that their training regime leaves their staff prepared to carry out all relevant duties,” it said.