Legal Ombudsman on track to halve backlog by March 2023 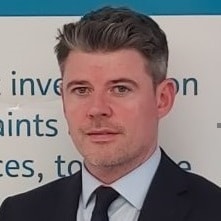 The Legal Ombudsman (LeO) is on course to meet its goal of halving the backlog of cases waiting for investigation by March 2023, the chief ombudsman has said.

Paul McFadden said LeO had reached a “turning point” having achieved a 40% increase in output in the year to 31 March 2022, with a similar increase anticipated in the current year, meaning LeO would resolve more than 10,000 complaints.

Writing in the annual report of LeO’s governing body, the Office for Legal Complaints (OLC), Mr McFadden said: “In March 2022 we reached the highest performance levels LeO has achieved, certainly since its modernisation a number of years ago, resolving 852 cases in one month alone.

“When you compare this to the monthly average performance of 392 across 2020/21, you begin to get a sense of the stabilisation and momentum that has been achieved.

“The volume of cases in our front-end queue is reducing: we are on course to halve the number of cases waiting by March 2023.”

The pre-assessment pool (PAP) – which contains cases accepted but not yet allocated to an investigator – has been LeO’s biggest problem.

This has increased dramatically in recent years, hitting 5,862 on 1 April this year – meaning that complainants can be waiting months just for their case to be considered – although this is lower than had been forecast earlier in the financial year.

The plan is that, by March 2024, the PAP will be between 500 and 1,000, meaning cases will only be waiting four to six weeks to be accepted for investigation and over 60% of cases will be dealt with in an average of around 120 days in total.

Mr McFadden said that across 2021-22 LeO resolved 1,200 complaints through its early resolution approaches, 36% more than expected.

This approach resulted in a “substantial reduction” in customer journey times – 66% shorter for the low complexity cases which make up most of LeO’s work.

“I am very pleased so say that 2021/22 has been the year LeO got back on a stable footing.

“We have addressed challenges head-on, taking radical action where it was the right thing to do. While our journey is far from over, those relying on LeO have begun to feel the benefit of our investment in people, proportionality and early resolution and innovation.”

Mr McFadden said LeO “began the year facing the substantial challenge of a recruitment market in which we were not successfully competing, coupled with high levels of attrition”.

In response it rolled out a national advertising campaign, which had an “overwhelming response” and resulted in 39 job offers being made.

Mr McFadden said this was linked to LeO’s strategy of regional hubs on sites shared with the Ministry of Justice (MoJ).

The annual report said LeO was “recruiting for both corporate and operational roles at a pilot hub in Cardiff and assessing other potential locations in the North of England”.

The report revealed too that LeO used robotic process automation in just under half of complaints submitted in 2021/22 and all complaint forms from April 2022.

The organisation had also looked at a range of other technologies, including online dispute resolution platforms, machine learning and natural language processing.

“LeO has decided not to explore these other technologies for the foreseeable future; there are no guarantees they would support delivery of LeO’s business priorities in the next two years.”

On outsourcing, the annual report said LeO had “assessed the potential scope for outsourcing elements of casework or using agency resource” in 2021-22, to accelerate improvements in customer waiting times and give greater flexibility in future resourcing.

Despite discussions with the Legal Services Board and MoJ, Leo said that – as it had “achieved stability in its investigation resource” – efforts would be focused “primarily on other initiatives to support resilience in resourcing”.

Mr McFadden added: “A lot of progress has still to be made, and I do not underestimate the challenges that remain to get LeO to an acceptable level of performance. I fully accept the difficulties for many of our customers who continue to experience significant wait times.

“But it was always clear that the performance and resourcing challenges that LeO faced and brought into 2021/22 were on a significant scale.”