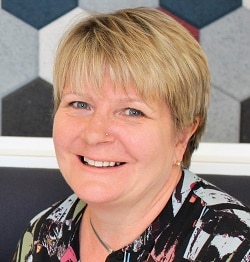 Stone: In terms of performance, we have work to do

The Legal Ombudsman (LeO) has to improve its performance, the chief ombudsman admitted yesterday as its annual report showed that it lagged badly on the speed with which it dealt with complaints.

The annual report and accounts of the Office for Legal Complaints – the body that oversees LeO – for the year to 31 March 2017 were unqualified for the first time since 2012/13, when issues around expenses and staff bonuses blew up.

OLC chair Wanda Goldwag said in her introduction to the report that this meant “we can now draw a line under the past and move forward quickly with renewed confidence”. She said she was “satisfied that this organisation has dealt with legacy compliance matters”.

LeO is meant to resolve 60% of cases within three months, which it missed by some distance. The report did not provide an annual figure, just monthly ones, and it was met in just 43% of cases in the worst month, and 54% in the best.

The results were similarly poor for the targets set to resolve complaints against claims management companies.

The report said: “Performance against our timeliness targets has been impacted by an increased workload between June and August 2016 following a build-up of work at the assessment stage of our process. We accepted over 30% more cases during this period than originally forecast.

“This has impacted on timeliness due to the increased wait time before cases are allocated to an investigator. However, initiatives implemented in quarter 3 of 2016-17 have helped to minimise the impact of this increased workload and stabilised our performance.”

Quality is measured by an independent survey of both complainants and service providers’ satisfaction, irrespective of outcome, which must not fall below 40% in any quarter. It did not, and over the year it was 52%, down from 60% in 2015/16.

Chief ombudsman Kathryn Stone said: “In terms of performance, we have work to do. The KPIs on timeliness will be revised in consultation with OLC and Legal Services Board to account for the complexity of the complaints and to promote fairness to providers and complainants.

“In our drive to meet time targets, we impose time targets on others. Again, a thorough and fair outcome without unnecessary delay is our shared ambition.”

However, Ms Stone also said that “in the past there has been an over-emphasis on speedy resolutions with quality perhaps being sacrificed as a result”.

During the year. LeO accepted 7,223 complaints against lawyers for investigation, up from 7,033 the year before.

Evidence of poor service was identified in 54% of the ombudsman decisions made. As in previous years, financial remedies were awarded in a third of ombudsman’s decisions; in 63%, it was less than £1,000, down from 70% in 2015-16.

As in previous years, residential conveyancing, personal injury, family, and wills and probate were the areas most complained about, with delay, failure to advise, failure to follow instructions, poor communication and costs the main causes of complaint.

In relation to claims management services, LeO accepted 2,290 cases for investigation. It resolve 2,616 complaints during the year, some of which was by support complainants to make a claim to their credit card provider under section 75 of the Consumer Credit Act and the provider has subsequently refunded the payment.

Some 95% of the CMC cases resolved related to financial products and services; 3% related to accident management services, and less than 1% to personal injury.

Ms Goldwag wrote: “We need to deliver the Modernising LeO programme rapidly to improve performance and deliver the customer service principles and necessary efficiencies, especially as it is a huge personal priority to improve performance for those using our services by reducing backlogs and queues, minimising delays and maintaining high quality, impartial outcomes that are fair to all parties.”