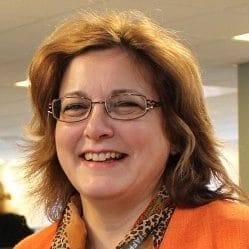 The waiting time for the Legal Ombudsman (LeO) to start considering a complaint has nearly halved over the past year but it was still 90 days before the pandemic struck, the organisation’s annual report has shown.

They then have to wait nearly another three months for a ‘low complexity’ complaint to be resolved.

The annual report of the Office for Legal Complaints, LeO’s governing body, recorded that, in April 2019, a person could wait around 171 days at the beginning of LeO’s service.

“This had reduced to 90 days by March 2020. This moderate progress has understandably been halted by the impacts of the pandemic and any improvements are now being eroded by the capacity reductions arising from the crisis.”

Once accepted for investigation, a low complexity complaint takes on average 73 days to resolve, and a medium complexity 124 days. Though this is within LeO’s targets, the report said “there are still areas for improvements”.

Outgoing chief ombudsman Rebecca Marsh wrote that the improved performance in the six months of the year was diminished by “high levels” of staff attrition (21%), but by March 2020, as “our newer staff became more experienced”, it started to tick upwards again.

However, Ms Marsh said the pandemic has since had a “significant impact”.

In the year to 31 March 2020, LeO received 112,000 initial contacts from consumers, but only 6,425 of them were actually accepted for investigation.

As usual, residential conveyancing generated the most complaints, 27% of the total, followed by personal injury (15%), followed closely by family law and wills and probate.

The kinds of failing people complained about varied only slightly from previous years. The two most popular sources of complaint were delay or failure to progress a case (19%) and failure to advise (19%).

Poor communication was responsible for 17% of complaints, cost 15%, and failure to follow instructions 11%.

The percentage of legal service users who had heard of LeO was even higher, at 79%, reflecting the obligation on suppliers of legal services to mention the complaints handler.

Staff morale is a known problem at LeO, and Ms Marsh said it “hit its lowest” last year, but began to recover towards the end of the period.

The report said staff turnover was “a significant concern”. It explained: “Although this is reflective of a wider trend which has seen turnover in all sectors increase. there are issues around employee engagement, workload, leadership and change management that need to be resolved.”

Speaking to Legal Futures recently, the new chair of the Office for Legal Complaints, Elisabeth Davies, said the coronavirus crisis would impede much-needed efforts to turn around the performance of LeO.