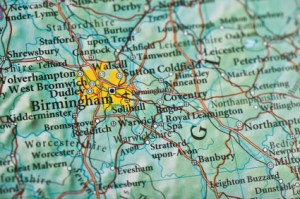 Birmingham HQ: close to the LCS in Leamington Spa, but not too close

The Legal Ombudsman – the operating name of the Office for Legal Complaints – has officially opened its new home in central Birmingham and announced its first wave of recruitment for more than 300 workers.

Justice minister Bridget Prentice cut the ribbon at the new office in the city centre on 25 March in front of representatives from Birmingham City Council and local organisations. They were joined by members of the legal profession, legal professional bodies and consumer groups.

It is charged with beginning to accept complaints before the end of 2010 (it will only take on new complaints – the existing complaints bodies will be wound down as they dispose of their caseload), although Legal Futures has previously been told that the intention is for the ombudsman to open from 1 October.

The ombudsman is based at the recently refurbished Baskerville House, in Centenary Square, where offices are now being fitted out for between 300 and 350 staff.

In late February, the Law Society failed in its legal bid to have Legal Complaints Service (LCS) staff in Leamington Spa transferred over automatically to the Legal Ombudsman.

The complaints body has been moved away from Leamington to ensure that it does not look like a repackaged version of the LCS, while there have also been concerns for some time that the LCS has virtually exhausted the pool of candidates in the local job market.