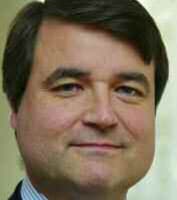 The legal market is set for a “second wave” of external investment, a leading corporate financier said today, describing it as “an inevitable snowball that is gathering pace”.

With around half a billion pounds of private equity now invested in the legal market, representing around 20 individual deals, Mr Llewellyn-Lloyd said the experience to date had been mixed – while Parabis failed, Keoghs was “a success”.

He added that “investors are not expecting absolute victory”, and knew that risk came with reward.

Mr Llewellyn-Lloyd predicted that Brexit would increase the “fear factor” among law firms, “which makes it more likely that they’ll look to do things. They would quite like the backing of an investors or someone with deeper pockets”.

Looking at the market, he said there were “far too many firms” in what he described as the “crowded middle” of practices with turnovers ranging from £5m to £200m. There were significant opportunities to consolidate this part of the market, delivering “massive economies of scale” – this was more likely to be in the back, rather than front, office. “Investors see it as really interesting,” he said.

The financier said regulatory uncertainty had stalled investment in the personal injury market, but he predicted that if this was settled next year, as the government intended, “you’ll see a lot more activity in that area”.

Criminal law was a “very interesting opportunity” as well, he said. Speaking afterwards to Legal Futures, he said this too was a potential area for consolidation as it currently operated “very inefficiently”, with many firms unable to reduce their costs enough to match falling legal aid rates. It was ripe for “a new business model”.

He also foresaw a lot of accountants entering the legal market, eyeing up the cross-selling opportunities.