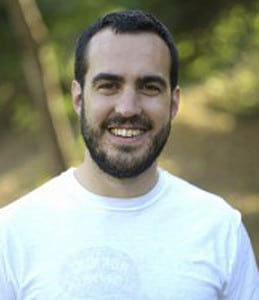 Tech-savvy law students were last week invited to pursue careers delivering legal services via technology businesses instead of the conventional route of joining a legal firm, at a meeting of IT executives committed to establishing London as a global hub for lawtech start-ups.

The issue was among themes discussed at the third monthly meeting of the lawtech working group of Tech London Advocates (TLA) – a network of more than 2,500 senior IT specialists who “champion, connect and support London’s technology sector”.

Working group founder Jimmy Vestbirk, whose website Legal Geek has organised next month’s legal ‘hackathon’ event in aid of Hackney Law Centre, said the meeting in part aimed to “help students get more involved in law tech as an alternative route to market”.

He continued: “We think there are different routes to becoming a lawyer now… It’s looking at alternative delivery of legal services that can be done through technology and start-ups rather than purely going into a law firm, working your socks off, and maybe getting somewhere, maybe not.”

Another theme of the evening meeting at the offices of Chancery Lane solicitors, Lewis Silkin, was an attempt to ‘map the ecosystem’ of lawtech start-up activity in the capital. “A map of the ecosystem will hopefully become a point of reference to showcase the UK and what’s going on,” said Mr Vestbirk.

The working group is one of a number of TLA’s sub-groups, and aims to put corporate IT executives in touch with grass roots lawtech start-ups and promote London as a focal point for legal IT entrepreneurs. Its formal objectives, agreed in December, are headed with the statement “Lawtech uses technology to reinvent, disrupt and improve legal services”.

The next meeting of the working group will be a forum “to discuss how start-ups can better engage with law students through formal internships and ad hoc work”.

Last week’s meeting was also given a presentation by the Cambridge-based start-up that produces software which the working group hopes to use itself to communicate. Pekama, whose strapline is “the online ecosystem for lawyers”, is a “cloud-based lawyer-client collaboration platform” that made news in December after receiving investment from local law firm Taylor Vinters.

Co-founded by Zeev Fisher, a dual-qualified Israeli lawyer and English solicitor, Pekama relies on automation and “legal data robotics [to] connect everything – lawyers and clients, emails and documents, tasks and deadlines”.