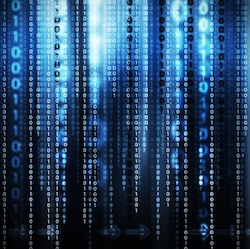 Lawyers will be vital to high-end fintech deals even after blockchain transactions become mainstream, according to a solicitor at the forefront of innovating with cutting-edge technology.

He was speaking after helping to secure a pioneering use of the distributed ledger, in which financial securities were transacted by reassigning ownership of the account in which they were contained, as opposed to the conventional transfer of the securities themselves.

It was the first time the legal architecture had been developed to enable a business to do this new kind of deal.

Credit Suisse and ING swapped the live securities in a lending transaction using the R3 Corda blockchain platform. Ownership of Dutch and German government securities was transferred while the underlying securities remained static, whereas traditionally the securities themselves would be transferred between accounts.

The bank claimed this sort of transaction would “help improve collateral fluidity by creating a more efficient, transparent and cost-effective marketplace for liquidity transfers”.

Speaking to Legal Futures, Mr Chapman said: “What we’ve been seeking to do here is to say that rather than necessarily transfer securities [by taking] them out of the account and putting them into another account, with all the operational time lag and cost associated with that, let’s try to find an alternative mechanism…

“What we are effecting… here is a transfer of that whole account and everything in it to the new owner of those securities, so they remain on the books [while the] blockchain record identifies who becomes the owner.”

He predicted that a need for the legal underpinning of this kind of transaction would endure: “Ultimately the institutions that want to make use of this construct want to confirm that this is an effective way of transferring their entitlements to security, because at the end of the day whether something is transferred is a legal question.

“You can do this all with technology, you can update records and so on and so forth, but without the contractual layer it just doesn’t operate. So the legal bit is pretty vital.”

Law firms could help give confidence as to the legality of blockchain transactions. “Ultimately there needs to be a law firm that can understand that technology… and apply legal principles – the training that we’ve all had as lawyers – to that fact set.

“I think there’ll be a role for lawyers way beyond the infancy of the technology. As more and more platforms are built there needs to be a proper legal footing for those platforms, which we will be providing.”

Last month we reported on Matterium, a firm attempting to provide legal backing to deals involving both the virtual world of blockchain and real world commerce.