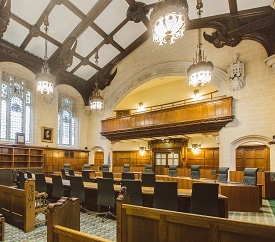 A finance company for law firms has announced that it wants to delist from the stock exchange as it awaits a crucial Supreme Court ruling.

It is the first of two Supreme Court cases that focus on the interpretation of the minimum terms and conditions (MTC) of solicitors’ professional indemnity insurance, the second of which – on the aggregation clause – was before the justices yesterday.

The directors of AIM-listed Impact Holdings said in a statement that they believed it was “in the best interests of all shareholders to delist as the shares are considered illiquid with minimal trades. This coupled with the burdensome costs of being listed relative to the size of the business makes it uneconomical to remain listed.

“The directors have therefore undertaken a strategic review with their advisers and consider a delisting to be prudent and appropriate.” The share price was 66.5p last Tuesday.

The cancellation must be approved by at least 75% of the votes cast by shareholders at a general meeting to be held on 8 November. The company said it has already received irrevocable undertakings supporting the move that represent 74% of the share capital.

Impact, which specialises in disbursement funding for personal injury law firms, is based in Cheshire and has just nine staff. Its most recent accounts, for the year to 31 March 2016, reported income of £406,547, down from nearly £2m in the previous year, but explained that “the recognition of revenue, normally generated from loans to clients of solicitor firms, has been suspended pending the outcome of a hearing in the Supreme Court”.

AIG provided insurance to a firm of solicitors called Barrington, which acted in ‘no win, no fee’ personal injury claims. Its clients would take out loans with Impact to cover upfront disbursement costs, such as medical experts’ fees.

Impact agreed with Barrington that it would offer a credit facility to Barrington’s clients, but it was not obliged actually to advance loan money. Barrington breached its contract with Impact by being negligent in its assessment of the claims it took on and by misapplying some of the money which was advanced by Impact for disbursements.

Barrington went insolvent and Impact sought an indemnity for the £581,000 it lost from AIG. It won in the Court of Appeal, which overturned the first instance decision. AIG says it does not have to pay because Barrington’s liability to Impact is caught by the exclusion clause in minimum terms.

Impact said in its annual report that it was “confident” the appeal court ruling would be upheld.

Meanwhile, AIG was in the Supreme Court again yesterday over the aggregation clause of the MTC. AIG Europe Limited (Appellant) v Woodman and others (Respondents) concerns the construction of the words “in a series of related matters or transactions”. The outcome will be the difference between AIG facing claims worth more than £11m, rather than the £3m limit for a single claim.

The judge at first instance refused to grant declaratory relief to AIG and the Court of Appeal, although it reversed the first instance judgment in part, rejected AIG’s interpretation of the aggregation clause.