Legal executive litigators could be here by November 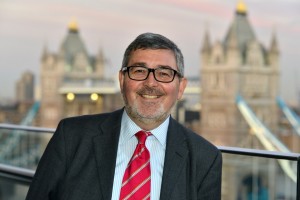 Kershaw: Knowledge and experience must be proved

Fellows of the Chartered Institute of Legal Executors (CILEx) could be carrying out litigation without supervision by solicitors from the end of November, it has emerged.

ILEX Professional Standards (IPS) announced earlier this week that it was ready to receive applications from Fellows wanting to gain practice rights in both litigation and immigration.

The Legal Services Board approved the change at the end of last year, since when the qualification process and regulatory structure have been put in place.

Alan Kershaw, chair of IPS, said: “Unlike other lawyers, CILEx members do not get these rights automatically on qualifying, but must prove they have the knowledge, skills and experience to do the job.

“This protects consumers and gives them confidence in the specialist expertise Chartered Legal Executive lawyers have. Many of them have already done this work for many years, to the satisfaction of their clients, and will I am sure welcome the opportunity to practise in their own names rather than as someone else’s employee.”

Ian Watson, chief executive of IPS, said he hoped the first certificates would be issued to practitioners by the end of November.

IPS became the regulator for associate prosecutors in the Crown Prosecution Service in May 2011 and has maintained a register of immigration advisers since 1999.

Unlike litigation and immigration, this would enable CILEX fellows and members, or any other kind of lawyer, to be regulated by IPS for these services as long as they meet the requirements.

A spokesman said that later in the year Parliament would debate proposals which would give IPS the ability to regulate firms, but practitioners wanting to set up their own businesses would have to wait until early 2015.