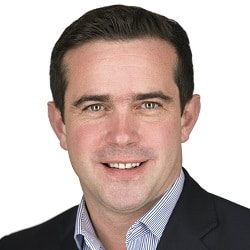 Moles: Invested through the pandemic

Neil Moles, chief executive of Progeny, said the company had benefited by having “invested its way through the pandemic and not hibernated”, making it “much better placed for the new world”.

He said Progeny was not looking to buy any more law firms this year, but it would be buying three more financial planning businesses in the coming months.

The Progeny Group is made up of Progeny Private Law and Progeny Corporate Law, alternative business structures licensed in 2016, together with Progeny Wealth, a wealth management firm, and Progeny Asset Management, both regulated by the Financial Conduct Authority.

Originally based in Leeds and London, the firm now has nine offices across England, Wales and Scotland.

Mr Moles said the acquisition of Leeds-based Watsons Law, a 10-person firm which specialises in conveyancing and property law, was to service the needs of the 3,500 high-net-worth families advised by Progeny.

With Progeny advising on financial planning, tax, private law and corporate law, the “one area missing” was the transfer of real estate.

With a “huge intergenerational transfer of wealth” among its clients, Mr Moles said it was important to be able to handle the transfer of property to children and grandchildren.

Mr Moles said that with the “right service elements in place”, which include private client and employment law, Progeny would be expanding legal services organically, and was currently recruiting for half a dozen vacancies.

The aim was to expand legal services staff from around 50 to 70 or 75 by the end of this year.

The firm currently has 190 staff, including around 30 lawyers. Mr Moles said four financial advisory businesses had been acquired over the past two years, increasing Progeny’s assets under management to over £2bn.

Since March 2020, the firm’s revenue has grown and it had recruited 56 people.

“We took the decision very early on in the pandemic to invest our way through it and not to hibernate.

“We’ve recruited and invested in technology which means, when this horrible situation is over, that our business will be fit for the future.”

Mr Moles said that this time last year, Progeny launched a training academy to train both financial advisers and lawyers, which was currently recruiting its first trainee solicitors.

“Our clients have adapted very well and been resilient. Using Zoom or Teams means we can see them more often.”

He added: “We’re not out of the pandemic yet, but I think the economy will bounce back very well and companies that have invested and adapted will do extremely well.

“Companies that have hibernated will struggle, because the economy will bounce back faster than them.”