Legal aid providers “trying to innovate” but destablised by cuts 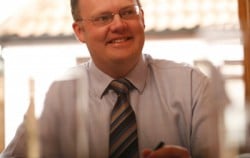 More than a third of advice agencies that have so far implemented charging for legal services appear to have done so sustainably, a survey of post-LASPO innovations has found.

But it also described the effects of the withdrawal of legal aid as “an absolute disaster that has denied access to justice to thousands of people in desperate need of help and that has destabilised otherwise sound law firms and advice agencies”.

A report of the research, Innovation in the delivery of legal services, by legal aid consultants and former Legal Services Commission officials David Gilmore and Matthew Howgate, said that while innovations were beginning to emerge, they fell short of “disrupting the market place” and were disappointing.

They explained: “What became clear as we spoke to representative bodies, for-profit firms, not-for-profit advice agencies and those companies that provide services to them was that, whilst there is innovative thinking and action, the steps being taken are largely small, measured and incremental.

“The simple reality is that innovation, the implementation of new systems or processes, is disruptive… Organisations operating on the edge of profitability or solvency barely have the mind space to think about significant change, let alone the resources or energy to implement it.”

However, among examples of best practice, the authors found an innovative use of technology, such as the use of data mining tools, cloud-based servers, and Voice over IP (VOIP) to communicate. They observed that “we are… at a tipping point in terms of the use of technology to enhance legal practice”, although it was still unclear what impact it would have.

Other change techniques being adopted in the sector mirrored those used elsewhere in the legal world, such as alternative business structures (ABS), outsourcing, remote working, mergers and collaboration, and not-for-profits charging for services.

Client-facing innovations included unbundling, the use of fixed fees, extended opening hours and out-of-hours online contact, and multi-disciplinary practices such as allowing clients to access legal and accounting advice from a single provider.

Charging clients for certain types of work had become “one of the most significant developments in the not-for-profit sector over the last 12-18 months, the report said.

The authors interviewed 13 law centres and advice agencies and found five had either broken even or were on track to break even: Nucleus Advice Centre, Community Advice (Northampton & County), Gateshead Advice Centre, Migrants Resource Centre, and Rochdale Legal Enterprise Centre.

It was too early to draw conclusions on the long-term viability of charging in all cases or whether it “will prove to make the difference between survival and closure”. But the authors concluded: “It is particularly encouraging that five advice agencies appear to be making a charging service sustainable.”

On the use of case management systems, the authors commented: “In our review of those organisations using these systems to their full effect, we have seen some amazing efficiencies being achieved.

Observing some of the difficulties of implementing technology, the report highlighted the problem of ‘going paperless’, while others did not, saying: “As attractive as it sounds, there are inherent difficulties. Some firms have tried for a number of years to become paperless. However, few if any, have become entirely paperless given that the justice system remains reliant on paper files.”