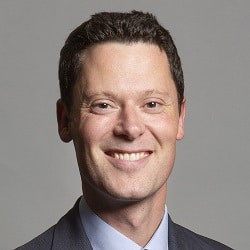 Criminal lawyers took their fight for government support direct to the legal aid minister yesterday, haranguing him mercilessly during an online meeting and complaining that barristers were operating on “petrol fumes” due to the absence of jury trials.

The minister, barrister Alex Chalk, responded by denying the government was complacent and insisted large sums had gone into funding the justice system, especially law centres.

The key was to improve access to justice, he said. Technology would be crucial in future.

He added that the criminal legal aid review postponed due to Covid-19 had resumed and said he wanted a “root and branch” review of civil legal aid, which might conceivably result in an independent legal aid pay body.

He also declared that the bulk of pop-up ‘Nightingale’ courts would be open by October in addition to the 10 announced by the government this weekend. The government has indicated 200 would be needed altogether.

Shadow legal aid minister Karl Turner said the government needed to “get a grip” on a failing justice system and that practitioners were “on their knees”.

The government had to start listening fast because legal practices were at “breaking point”, he said.

Mr Turner recently published a report calling for an “immediate increase” in legal aid rates if criminal law firms were to survive, along with measures to save the Bar.

The event was staged by the All Party Parliamentary Group on Legal Aid, which is co-sponsored by the Legal Aid Practitioners Group and Young Legal Aid Lawyers (YLAL). It was hosted by London MP Karen Buck.

The occasion was most notable for an abrupt change of tone when Caroline Goodwin QC, chair of the Criminal Bar Association, excoriated the government in uncompromising terms about the fact, she said, that cash had been “slashed” from, and “ripped out of”, the justice system and that sums mentioned by the minister could do no more than “repair” damage it had caused.

The Bar had received no support from the government despite a sharp drop off in the number of large trials and was surviving on “petrol fumes”. The government had to stop “using catchphrases” and “start investing”.

Mr Chalk said it was “unfair” and unhelpful to use such language.

Earlier this month, the one-time criminal barrister told a committee of peers the Covid-19 crisis had been “the most crippling episode ever for junior barristers and indeed senior barristers alike”.

Richard Miller, head of the Law Society’s justice team, told the seminar it was vital that legal aid rates were increased by at least the rate of inflation immediately even while discussions were ongoing about what to do about legal aid generally.

YLAL committee member Emma Trevett said a survey the group has carried out showed fears for job security among young legal aid lawyers rose from 45% in April to 79% in late May.

Many on furlough had received only the 80% of their salaries paid by the government and had received no top up at all from their employers.