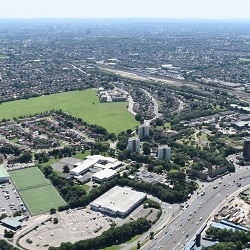 Brent: No office, no contract

There is no basis for a law firm’s challenge to a Legal Aid Agency (LAA) decision to reject its tender for a legal aid contract, the High Court has ruled.

The rules of the tender were clear that law firms wanting to provide services in the London Borough of Brent needed to have an office there, and Dylan Conrad Kreolle (DCK) was based in neighbouring Barnet, said Mr Justice Johnson.

The firm has for a number of years held a legal aid franchise for housing, debt and welfare work and was tendering for a fresh contract, starting on 1 September 2018. The Information for Applicants (IFA) – which governed the procurement process – said firms needed an office in the borough at the point of verification of the tender by the LAA.

When DCK submitted its tender, its office was in Brent, but by the time it was awarded the contract and submitted its verification evidence, the firm had moved to Barnet.

As a result, in October 2018, the LAA withdrew the contract offer.

The firm issued judicial review proceedings on various grounds, but Sir Wyn Williams refused permission on the papers. It renewed the application and also sought to amend the grounds of challenge.

The judge dismissed the suggestion that the LAA’s decision could make it impossible for people to access legally aid advice: “I am told that there are five other solicitors’ offices who have been awarded contracts in the relevant area of work within the London Borough of Brent and, of course, there are many more within the London region more generally…

“The purpose of the IFA has nothing to do with the removal of legal aid. It was to provide a procurement exercise to ensure that service providers across a range of fields of law and in different regions were awarded contracts… There is no question of removing any individual’s right to access civil legal services.”

That other contracts for Brent won by the firm did not have the same requirement was not relevant, he added.

Johnson J also separately refused permission on the ground that the claim was brought out of time.