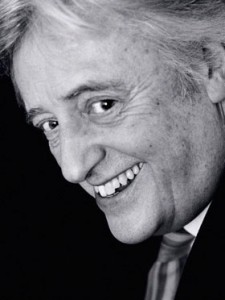 Tooks Chambers – the civil liberties set led by campaigning QC Michael Mansfield – has today announced that it has begun the process of dissolution as a “direct result of the government’s policies on legal aid”.

In a shock statement published today, the chambers said that 90% of its work is publicly funded: “The government policies led by justice secretary Chris Grayling are cumulatively devastating the provision of legal services and threatening the rule of law.”

Having launched in 1984, it is now home to five QCs, 50 juniors, three pupils, and 13 clerks and staff. Among a further 23 door tenants and associates are former Solicitor-General Vera Baird QC, Society of Black Lawyers chairman Peter Herbert and Shadow Attorney General Emily Thornberry.

The statement said Mr Mansfield and others are “actively pursuing the possibility of reconfiguring resources in order to create a new and alternative working model based on an electronic hub and a compact physical space. This is particularly intended to support publicly funded practitioners who are committed to continuing the struggle for social justice both inside and outside the courts”.

Tooks Chambers will not be formally dissolved until 27 December 2013 to ensure that all past work is billed and fees are collected.

The statement added: “Tooks Chambers has a proud record of defending the rights of the under privileged and the oppressed. From its early days of defending miners and their communities during their year long strike, consistently tackling miscarriages of justice such as the Birmingham Six and representing the family of Stephen Lawrence, to its current involvement in landmark cases such as the Hillsborough inquests and the AHK judicial review, members of chambers have sought to hold the state to account…

“Chambers has established a consistently high standard of professional service for nigh on 30 years in the field of human and civil rights. Its caring and vibrant ethos is renowned. The vulnerable, the wrongly accused and the disadvantaged have been at the core of our defence of social justice.

“Our achievements both collectively and individually in casework, training, seminars and campaigning have been well documented and recognised. This is reflected in our record of results, awards and rankings throughout this year.”

Legal Futures is holding a seminar, New business models for the Bar, on 23 October, from 5-7.30pm in London. Click here for details.