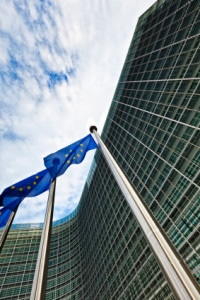 A global study into a key element behind artificial intelligence (AI) and using big data in the legal sphere has received the green light and €1.2m (£930,000) of European funding.

The four-year project known as MIREL – for MIning and REasoning with Legal texts – involves academics from a number of European universities, along with researchers and scientists in Australia, Japan, China, Argentina and South Africa.

Backed by the European Commission, its aim is to achieve a breakthrough in the interpretation and use of legal texts by mining them to assist with decision making and compliance checking. The University of Huddersfield will handle the part of the project dealing with reasoning with legal texts, which the institution says “is a major challenge for artificial intelligence when huge amounts of data are involved”.

Meanwhile, in a related development which could have implications for major international law firms, the big four accountancy giant, Deloitte, has undertaken what is thought to be the world’s largest deployment so far of AI in contract analysis. It has involved hundreds of projects, some with more than 100,000 contracts.

For more than a year, over 3,000 users at the accountancy firm have been using a machine learning analysis platform to identify thousands of data points in contracts, leading to between 20% and 90% time savings over manual review.

The creator of the company whose AI software was used by Deloitte, Noah Waisberg, chief executive of Kira Systems – formerly known as Diligence Engine – told Legal Futures that the scale of penetration of AI techniques throughout Deloitte’s professional practices gave the company a competitive advantage that would help it as automation spread through the organisation.

He said: “Law firms need to make sure they are developing their tech innovation and user adoption ‘muscles’. Neither is trivial to pick up and… it can be very dangerous to wait to innovate, since catch-up may not happen immediately.”

A novel aspect of the Deloitte AI deployment, he said, was the way the company had customised the system to “find what they care about in contracts” using a feature of Kira that enables users to train the system to find new data points.

He suggested law firms should take note of the way Deloitte had used AI: “Accountants are focused on some different things in contracts than M&A lawyers would be…Firms like Deloitte are filled with sophisticated professionals… Investing in innovation is not a risky move but waiting to see how things work out, is.”