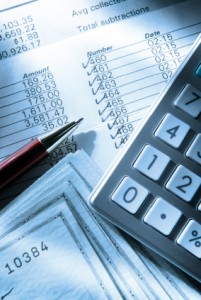 A legal advice business run by a struck-off solicitor has been ordered into liquidation in the High Court on grounds of public interest following an investigation by the Insolvency Service.

Legal Support And Assistance Limited is based in Tunbridge Wells and its sole director is Gerard Hyde, who was struck off a solicitor in 2008 after being sentenced to 42 months in jail for “concealing or disguising the proceeds of criminal conduct”, contrary to section 93C(2) of the Criminal Justice Act He was also made subject to a £250,000 confiscation order.

Mr Hyde told the investigation that most of the company’s clients were aware of his being struck-off the roll of solicitors.

The Insolvency Service said that due to the company’s inadequate records, it was unable to establish what all of the company’s transactions related to, in particular receipts of £326,514 and payments of £242,141 in respect of seven clients, representing 75% and 56% respectively of its overall income and expenditure.

The court heard how most of the transactions related to entities that appeared to be connected with a Kevin Sykes. A bankruptcy order was made against Mr Sykes in 1993 and his discharge from bankruptcy remains suspended, while in 2005 he was disqualified from acting in the management of companies for 15 years following his conviction for admitted fraudulent trading as a ‘creditor resistance strategist’ operating under the business name ‘White Knight’.

The grounds to wind up the company were failure to maintain, preserve and/or deliver up adequate accounting records, lack of commercial probity and lack of transparency.

In ordering the company into liquidation, Mr Registrar Jones said: “I am satisfied from the evidence that I have referred to, without needing to deal with the other grounds relied upon by the petition, that this is a case where it is just and equitable to wind up the company because a company providing legal services should not be operating in circumstances where it does not keep proper books and records and consistently does not do so.”