Legal advice must be “dominant purpose” for privilege to apply 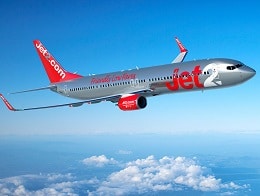 Legal advice privilege (LAP) only applies where documents were created with the “dominant purpose” of seeking or providing legal advice, appeal judges have ruled.

Lord Justice Hickinbottom said that although the authorities “do not speak with a single, clear voice” on the issue, he agreed with the approach taken by the High Court.

The Civil Aviation Authority (CAA) challenged a ruling by Mr Justice Morris that documents it was asked to disclose in a dispute with the airline Jet2 were not covered by LAP.

Jet2 launched judicial review proceedings against the CAA in April 2018 after the authority issued a press release in February that year criticising the airline for failing to take part in an alternative dispute resolution scheme.

Delivering judgment in The CAA v Jet2.Com [2020] EWCA Civ 35 – with the Law Society intervening – Lord Justice Hickinbottom said he did not consider there was “any good ground” for not following the “preponderance of authority” which supported the inclusion of a dominant purpose test.

While accepting the “position is not uniform”, Hickinbottom LJ said the dominant purpose test was generally a feature of privilege in other common law jurisdictions, particularly Australia where the test in litigation privilege originated.

“For those reasons, whilst I readily accept that the jurisprudence is far from straightforward and the authorities do not speak with a single, clear voice, I consider Morris J was correct to proceed on the basis that, for LAP to apply to a particular communication or document, the proponent of the privilege must show that the dominant purpose of that communication or document was to obtain or give legal advice.”

The CAA argued that Morris J had also erred in his approach to “multi-addressee communications”, particularly emails to and from lawyers and non-lawyers, and whether they were protected by LAP.

Hickinbottom LJ said that “to a large extent” the dominant purpose test resolved this issue, because the CAA accepted that the main purpose of most of the emails was not to seek legal advice.

“Where there is a multi-addressee email seeking both legal advice and non-legal (e.g. commercial) advice or input, if regarded as separate communications, those to and from the lawyer will be privileged: otherwise, they will not be privileged, unless the real (dominant) purpose of a specific email to/from non-lawyers is that of instructing the lawyer.”

Hickinbottom LJ said he agreed with Morris J that, where a communication “might realistically disclose legal advice”, it would “in any event” be privileged.

He rejected a further argument from the CAA that the High Court erred in requiring the separate consideration of emails and attachments for the purpose of identifying documents covered by LAP.

“Whilst an email and attachment can be regarded as a single communication, separate consideration will need to be given to the attachment, given that it will have been received or created by the sender, and therefore may require discrete consideration.”