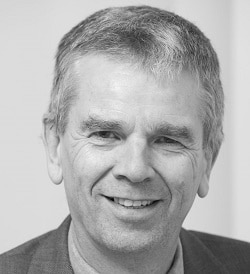 One of the country’s biggest independent firms of will-writers has followed the example set by law firms like Stephens Scown and Gateley and introduced employee ownership in a multi-million pound deal with its previous owners.

The whole of Trust Inheritance, a member of the Institute of Professional Willwriters, has been transferred to an employee ownership trust (EOT).

Alan Spencer, a director of Trust Inheritance EOT, said the move was designed both to “empower employees” and give the firm’s shareholders an “exit strategy”.

He said the sale to the EOT, which completed this summer, would give all 19 members of staff at Trust Inheritance in Weston-super-Mare the ability to earn tax-free bonuses of up to £3,600 a year, depending on profits.

Mr Spencer said Trust Inheritance, a member of the Institute of Professional Willwriters, would pay off the undisclosed purchase price over the next 20 years. “We need to keep Trust Inheritance profitable for both its staff and its shareholders,” he said.

Mr Spencer said Stephen Jenkins, founder of Trust Inheritance, was the major shareholder with around 60% of shares, and the rest being owned by private individuals.

He said Trust Inheritance had written more than 270,000 wills and lasting powers of attorney since it was set up in 1990, and specialised in supporting families wanting to use DIY services following a death.

Mr Spencer said the firm had not needed to do any external marketing for the last two years, and outsourced estate planning work to law firms, including leading Welsh practice Hugh James and Bedford-based Premier Solicitors.

“It’s more profitable for us to outsource,” he said. “Firms like Hugh James do hundreds of estate administrations a year and they have the IT side of it sorted. An awful lot of leg work is involved. We tried it ourselves but found it was not worth the time and effort.”

The trio will next month launch MyDigiSolutions, a range of online private client services for large companies, including law firms and accountants, to offer to their clients. It is a separate company from Trust Inheritance.

Mr Spencer said this would include an app to help consumers work out how much help they needed from a professional adviser and how they wanted it delivered.

The help includes general advice on what to do when someone dies, preparing a lasting power of attorney or making a will.

“The traditional way of doing legal services is going out of the window,” Mr Spencer said. “More and more people want to do things on their mobile phones.

“Our aim is to give consumers more choice. Do they want to transact online? Or would they rather speak to someone over the phone, or face to face? The consumer is in control.”

He added that the suite of online services included a “digital filing cabinet”, where important information such as wills could be “safely stored in the Cloud”, before they were accessed by “trusted people” such as the owner’s children.

Meanwhile, the government said last week that it remains of the view that will-writing should not become a reserved legal activity.

Answering a written parliamentary question from Plaid Cymru MP Jonathan Edwards, justice minister Sir Oliver Heald QC recounted how in 2013 the then Lord Chancellor did not consider that the Legal Services Board had provided enough evidence to back up its call for reservation.

“This remains the government position,” Sir Oliver said. “We will consider any recommendations from the Competition and Markets Authority when they publish their legal services market study.” This is expected tomorrow.