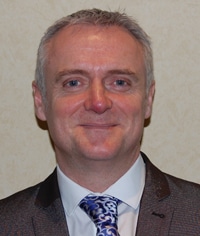 Elite Insurance, one of only three unrated indemnity insurers of law firms and the only one based in Britain, announced yesterday that it is leaving the market.

Elite cited a range of reasons for its decision, including “increased propensity to fraud on solicitors’ client accounts”, the government’s proposed increase in the small claims limit for personal injury cases, and falling premiums.

Jason Smart, chief executive of Elite, said: “Elite entered into the solicitors’ PII market in 2012 and has built up a considerable reputation as a serious player, despite being constantly attacked for being an unrated insurer.

“However, recently some rated insurers have reduced premium rates to a level which Elite believes are unsustainable, which is ironic as unrated insurers are often accused of discounting rates.

“The minimum terms require coverage of losses on solicitors’ client accounts by, inter alia, fraud attacks. We have seen an increasing number of such attacks and feel these are not likely to abate. This risk is beyond the control of our underwriting team.”

Mr Smart said Elite believed the increase in the small claims limit for personal injury cases to £5,000, announced in the chancellor’s Autumn Statement, would “have an adverse effect on our target market of personal injury solicitors”.

Mr Smart said the decision had not been taken “lightly”, but it would allow the insurer to concentrate on “strong growth in its remaining markets throughout Europe”.

Elite said that all its existing insurance policies would continue until expiry but that renewal terms will not be offered.

The FCA said Mr Reches, had also agreed to pay £13.1m to three collapsed indemnity insurers. Two of them, the European Risk Insurance Company (ERIC), based in Iceland, and Balva, based in Latvia, insured law firms.

Misconduct by Mr Reches was said by the FCA to have contributed to the three insurers going into administration, and resulted in the Financial Services Compensation Scheme having to pay claims totalling £12.7m by the end of last year.

Mark Steward, director of enforcement and market oversight at the FCA, said: “This was a hugely complex case, with the FCA liaising with over 20 regulators and agencies around the world.

“Mr Reches’ misconduct led to many solicitors and others being left without adequate insurance. He treated policyholders’ funds and their interests with reckless indifference and his misconduct was facilitated by an absence of proper controls by key persons at important stages of the insurance process.”