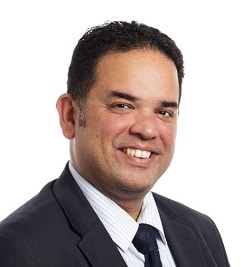 Leading travel company TUI says its efforts to raise awareness of the growth in holiday sickness claims is starting to pay off, with one law firm dropping nearly 2,000 cases it was bringing.

It comes as the Association of British Travel Agents (ABTA) has stepped up its campaign over the issue, urging consumers to write to their MPs and call for the introduction of fixed costs for such claims.

He said that as a result of a police investigation, the criminal courts of Palma de Mallorca in Spain were considering bringing criminal actions against hundreds of UK holidaymakers in respect of “dishonest or exaggerated illness they allege was caused by the tour operator or hotel”.

“The investigation has been centered on the activities of claims farmers who have encouraged holidaymakers to make claims however the individuals who have brought fraudulent claims are also now facing prosecution in Spain.”

Mr Longman added: “We fully support the steps they are taking to expose this kind of fraud and to investigate false or exaggerated cases. Through the work we are doing and the awareness we are raising of this type of activity, we’ve already seen one law firm drop more than 1800 cases against us.”

In April, the Foreign Office amended its advice to holidaymakers visiting Spain to highlight the dangers of claims management companies (CMC) that encourage them to make false compensation claims, while two months earlier the Claims Management Regulator said relationships between CMCs and solicitors over holiday sickness claims were under investigation.