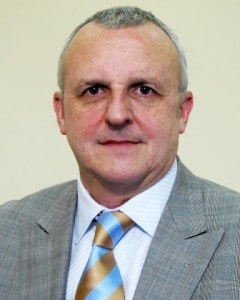 Unionline – essentially a not-for-profit ABS as any profits will be ploughed back into the unions – aims to provide a comprehensive legal service to almost a million trade union members after being licensed by the Solicitors Regulation Authority.

The pair said they saw “a significant opportunity where a deregulated legal profession allowed for new organisations to operate in the legal marketplace”.

Unionline has so far recruited 21 staff ahead of opening for business in early June. They will run a helpline to capture personal injury claims, along with a legal advice helpline. Some legal work will be kept in-house, such as low-value RTA portal matters, but otherwise will be sent out to the unions’ existing panel law firms on an agency basis under the authority of the Unionline monitoring board.

Tony Rupa, head of CWU Legal Services, told Legal Futures that between them members of the two unions generated around 10,000 personal injury claims a year, and Unionline is not set up to deal with that kind of volume at the moment.

Unionline will be based in Sheffield at the offices of local law firm PM Law, which will provide regulation and compliance services, along with management expertise, under contract.

Both unions had originally been pursuing plans to set up individual ABSs in the wake of the Jackson reforms and ban on referral fees in personal injury, before deciding to work together. “These are the sorts of organisations the Legal Services Board was looking at the bring new blood into the market place,” he said.

CWU general secretary Billy Hayes added: “Unionline is a unique opportunity for both the CWU and GMB to compete in a previously highly-regulated industry. We want to make sure our members get the very best legal advice and by creating and operating our own legal services we can ensure that.

“This is the first legal service of its kind. With legal assistance being such an integral part of the benefits offered to trade union members this is a truly exciting innovation of which we are immensely proud.”

Paul Kenny, GMB general secretary, said: “We look forward to providing a one-stop shop for members which will provide a comprehensive legal service, and unlike the high street, there will not be deductions from their personal injury awards.

“We have significant plans for the future and look forward to giving trade union members a unique advantage in their choice of legal services.”

They are not the first unions to become involved in an ABS; last December, Leeds firm Morrish became an ABS and took external investment from its client, the Transport Salaried Staffs’ Association, which became a partner and corporate member of the LLP.