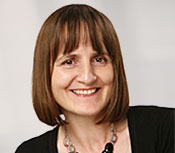 Pattinson & Brewer and Beecham Peacock have created a joint venture that widens both firms’ offering to trade unions.

Lawyers 4 Unions – which is styled as ‘Pattinson Brewer in association with Beecham Peacock’ – was launched yesterday at the annual Trades Union Congress in Bournemouth.

Frances McCarthy, managing partner of Pattinson & Brewer – which has offices in London, Bristol and York – said acting for unions has changed over the years; where once members would automatically seek legal advice from their union’s solicitors, now there is a need “to make people realise that their best course of action is to turn to their union… Union solicitors need to be more proactive in helping members”.

Further, the dynamics of acting for trade unions are changing with several firms leaving the field due to the cuts in fees for fast-track personal injury (PI) work. Ms McCarthy said “everything is on the table” for the firm in the future – including alternative business structures, which have been embraced by other trade union firms like Thompsons, Simpson Millar and EAD – given the need to find different ways to handle PI work now.

Ms McCarthy said Newcastle-based Beecham Peacock provided expertise in areas where Pattinson & Brewer currently needed it, such as family law, while also widening its geographic reach. There will be a greater focus on helping members after they retire and creating innovative services, such as advice over cyber bullying.

The firms will each continue with their own union work but put matters through Lawyers 4 Unions where a joint approach is needed.

While not ruling out merger at some point in the future, Ms McCarthy said the arrangement provided “many of the advantages of merger without the downside”.

The firm had looked at mergers in the past but was concerned about “marrying someone without really knowing them”, given the experience of bad mergers elsewhere in the market.