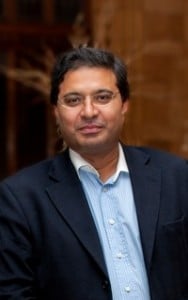 Bhatoa: “the work of criminal lawyers is mobile”

A criminal law firm has teamed up with a technology company to launch what it said is the first app to digitise the work of criminal lawyers, even when they are working offline in prisons or police stations.

Avtar Bhatoa, senior partner of Bullivant Law and former chair of the Solicitors Association of Higher Court Advocates, said the app aimed to save lawyers time, enable colleagues to see their work and improve its quality.

“Prisons and police stations are deliberately offline,” Mr Bhatoa said. “Without the app we would have to come back to the office and write up all the details.

“The app sends all your data to a central server, which is available to all your colleagues. All you need to do is save your work. You could be leaving a police station at three in the morning, and everyone could see your data.”

Mr Bhatoa said the other “revolutionary” thing about the app was the way it harnessed the existing functions of tablets, so there was no longer any need for lawyers to take notes of conversations with clients – this could all be recorded through digital dictation.

Mr Bhatoa said the app was appearing at a time when many criminal law firms were “flirting with insolvency” and the Ministry of Justice had just announced its intention to press on with the latest legal aid tenders, after the failure of solicitors to stop them through judicial review.

“There are tenders going ahead for duty solicitor work and they have specified that people should be working remotely, without any idea of how it can be done,” Mr Bhatoa said.

He said the app had been tested for two months at Bullivant last autumn before being launched in its final version last month. The technology company involved is Bullseye Solutions, founded in 2003 as a joint venture between Bullivant and the technology firm JFK, and which specialises in criminal law IT.

The app is available on a free basis through the Bullseye digital notepad, for which subscriptions cost £15.75 per month. The notepad is a web-based system, which incorporates the forms needed for criminal lawyers to record work.

Mr Bhatoa said over 100 lawyers at a handful of criminal law firms, some large firms and some small, were already using the app.

“Most of the work of criminal lawyers is mobile – whether it is in police stations, prisons or magistrates’ courts,” he added. “Unlike other lawyers, it is not in the office.”