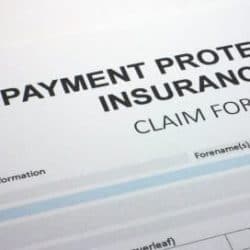 A leading law firm specialising in payment protection insurance (PPI) cases – one of which led to a landmark Supreme Court decision – has gone out of business.

Manchester firm Miller Gardner was put into administration by Invicta Capital Management after failing to repay the £500,000 in funding that it had provided in August 2017.

The facility allowed the firm to draw down £1,000 per case, for which it had to pay Invicta a fee of £300, payable when there was a recovery or at most 12 months after the money was advanced.

The Supreme Court’s 2014 ruling in Plevin v Paragon Personal Finance established that the failure to disclose the size of commission on a PPI policy made the relationship between a lender and the borrower unfair, meaning it had been mis-sold – these are now known as Plevin claims.

Miller Gardner also acted in the 2015 case of McWilliam v Norton Finance, in which the Court of Appeal held that credit brokers remunerated by commission were under a fiduciary duty and had to disclose the payments. This also led to a distinct strain of claims.

According to the report of the joint administrators at London firm Griffins, dated late June, Invicta had a fixed and floating charge over the firm’s assets and decided to call them in with Miller Gardner’s indebtedness at £612,300, by which point the firm had only repaid £37,700.

It also has unsecured creditors with claims of £811,000, most of which is due to HM Revenue & Customs.

The report said it was not possible to rescue Miller Gardner as a going concern “as it was deemed impractical for the company to repay its debts even over a period of time through an insolvency procedure”.

It continued that, due to a sale to one potential purchaser taking so long, and the risk to clients if a sale did not proceed, Griffins contacted the Solicitors Regulation Authority (SRA) to intervene so as protect clients’ interests.

However, “while waiting for further contact from the SRA and their interventions team, another four firms contacted us”.

Three offers were received and one was accepted on terms of paying £40,000 over a period of 10 months, plus 20% of any net recovery on a case which Miller Gardner director Rodney Gardner “has stated will produce in the region of £250,000”, meaning an estimated return of £50,000.

The report said Invicta was likely to suffer a “shortfall against its lending”, while it was “unclear” whether unsecured creditors would receive anything.

Mr Gardner’s LinkedIn profile says he now runs Gardner Private Consulting, describing him as “the only claimant solicitor offering CPD training for litigation of PPI claims” and “the pre-eminent solicitor within consumer credit jurisprudence, with more cases within law reports than any other claimant solicitor”.

He is running a training event next month in Manchester on “how to bring Plevin scope claims within litigation”, at a cost of £4,000 per ticket.